Jim Feast describes himself as a dreamer, but is keen to put his dreams into practice at the RSC

Jim Feast describes himself as a dreamer, but is keen to put his dreams into practice at the RSC

When asked to write a piece outlining my plans as RSC president I wondered what to say because I didn’t have anything as definite as ’plans’. So, let me introduce myself, tell you my dreams for the RSC and encourage you to let me know yours. 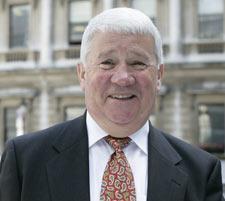 First, I’m an academic organic materials chemist, having studied and practised chemistry in the universities of Sheffield, Birmingham and Durham, UK; Louvain, Belgium; Eindhoven, the Netherlands; and the Polymer MPI, Mainz, Germany. Most of my career was in Durham, and now I divide my working time between Durham and Eindhoven. I’m married with two daughters and three grandchildren.

I would consider myself an accidental chemist. My first school report said ’James is a nice little boy but inclined to sit and dream’. Later, when deciding my A-level course, I was meandering towards the humanities group when the headmaster shouted ’Feast, this way’ and directed me into the science stream. Since I had no idea what to do in life I followed instructions, hence the ’accidental chemist’ title. That was long ago; now as a working pensioner, I know those teachers were right. I’m still an open-eyed dreamer and the life of a chemist has proved exciting and rewarding.

When Simon Campbell phoned and asked if I was prepared to stand for election I was honoured and somewhat gobsmacked.

As president-elect, a sort of apprenticeship, my first task was to lead a review of the RSC’s learned and professional governance.

We canvassed widely for opinions and discussed deeply before proposing changes leading to a flatter structure intended to effect the following improvements for council, members and staff:

Most of our recommendations were accepted by council in March and welcomed by the wider membership. The recommendations were contained in draft reports limited to headlines and short explanatory notes. Inevitably perhaps, misunderstandings and anxieties have arisen. We are now considering areas of contention, seeking advice and further discussions before submitting a governance document to council in September.

In a recent comment piece in Chemistry World  (June 2006, p30), Campbell catalogued the RSC’s recent achievements and activities; a formidable list which I don’t need to repeat. During my tenure I hope to maintain the impetus and help members, council, the chief executive, and staff to work fruitfully and happily together towards fulfilling our defined strategic objectives.

Dreamers sometimes put their dreams into practice; I guess that’s my plan. Please lend a hand if you can - it can be fun, is worthwhile and will be appreciated.

Jim Feast is president-elect of the RSC and will become president on 25 July.