In 1996, some of my colleagues met the young leader of the opposition, Tony Blair, and convinced him of the need to change the UK’s science and engineering policies. A year later, he was elected prime minister and got the opportunity to do something about it. So, how does his report card read after 10 years? 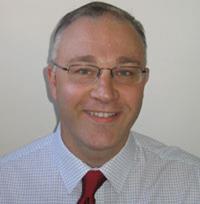 Using the single most measurable indicator, Blair’s government has delivered; investment in research and development has increased dramatically. Ministers like to quote the selective fact that the Research Councils budgets have doubled from ?1.5 billion to ?3 billion in real terms. Total government expenditure on research and development has risen by a more modest (but still impressive) 25 per cent over the decade. You cannot visit a university these days without seeing fantastic new laboratories going up, and the scientific mood has gone up with them. British investment still lags behind that of competitor countries, but Tony Blair can hardly be blamed for the fact that he inherited a crumbling research infrastructure that had been neglected for decades.

Nor is money the only way in which Blair has been good for science. He has often gone out of his way to be supportive of new technologies, sometimes ruffling feathers in his own government. During recent arguments about the creation of chimera embryos, he swept aside the slippery caution of his ministers to say the research should go ahead if it was likely to bring medical benefits.

The decade has not, however, been universally wonderful for the nation’s science. Of course, no Government will ever satisfy the demands of every interest group, but some of Blair’s scientific failures amount to more than a sudden awakening from unrealistic dreams. An obsession with central intervention and bureaucracy has been taken to the most absurd levels. The government even published a list of specific questions that scientists must solve within ’a few years,’ including gems such as ’what is gravitation?’ Where Newton and Einstein finally reached the boundaries of their formidable intellects, Blair imagined that New Labour could blithely push on through. A mania for near-market research, fuelled by a misconception that we can predict exactly what bits of publicly-funded science will prove socially, economically or environmentally useful, means that genuinely blue-skies science is almost a thing of the past.

Policies such as relatively high rates of corporation tax have prevented many business sectors from investing in the research and development needed to keep the economy competitive.

But Tony Blair’s biggest failure for science has been in the field of education. He set the bar too high with his famous promise to make ’education, education and education’ his top three priorities. The truth is that schools science is in crisis. Approximately half a million children are in schools that have no chemistry teacher at all, while three quarters of schools are cancelling practical classes. Funding for university science teaching has been cut relative to other subjects. Blairite solutions like city academies and specialist colleges have not solved these problems. In fact, physics teachers in science specialist schools are, on average, less well qualified than those in arts colleges.

His successor needs a serious effort to bring together all of the policy strands that would actually deliver Blair’s stated aim of making the UK ’the best place in the world for science’. The many and important good things he has done for science need backing up, especially in the field of education, or sadly, in a few years’ time, we will not feel the benefit of the undoubtedly positive things his government has achieved.