In July 2009 a paper was published reporting on a tragic industrial accident in a factory in China. It described lung injuries in seven women who worked processing polystyrene boards for use in the printing and decorating industry. The women were reported to have suffered from conditions affecting the lung and heart. Although five of the women were reported to be in a stable state at the time of writing, two others died of respiratory failure. 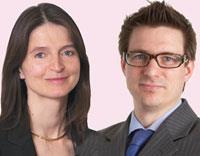 The work at the factory involved loading a machine that sprayed a nanoparticle-containing paste onto polystyrene boards which were then heated and dried. During this process a ’smoke’ formed which should have been removed by a ventilation unit. The room containing the machine had one door, no windows and the ventilation unit had broken down five months prior to the occurrence of the disease.

The rather sensationalist title of the associated press release from the journal declared: ’industrial revolution in nanotechnologies: towards a new version of the asbestos disaster? A Chinese team raises the alarm, showing for the first time that nanoparticles are clinically toxic to humans.’ Despite this headline, examination of the paper itself reveals that this research did not demonstrate that nanoparticles are clinically toxic to humans. The data showed the presence of nanoparticles in humans but did not demonstrate that these particles were responsible for the women’s injuries or even that they were the same type of particles as those present in the workplace.

Such was the reaction to the paper’s publicity that blogs from several experts in the field were published on the ’Safenano’ site. Their comments are probably best reflected by those contributed by the editor of Nanotoxicology  , Vicki Stone, who stated: ’this paper does not effectively illustrate adverse clinical effects of nanoparticles in a worker population, but it does raise the issue that we need to be careful and vigilant in future.’

So far this year there have been, on average, more than 20 nanotechnology conferences a month, many relating to the governance of nanomaterials and resultant products. This reflects an increasing awareness of the inability of regulatory bodies to adequately regulate new technology, and nanotechnology in particular. In Europe, nanomaterials are covered by the Reach (registration, evaluation, authorisation and restriction of chemical substances) legislation, although as indicated by the European Commission, this is subject to shortcomings. Many importers may not reach the one tonne threshold needed for Reach to apply and given that appropriate toxicology testing for nanomaterials is still under development it will be difficult to detect that a chemical has toxic properties.

An analysis of the situation in the US by the Woodrow Wilson International Center for Scholars concluded that the legislation on the other side of the Atlantic is less well developed; unless nanomaterials are classified as ’new’ chemical substances under the Toxic Substances Control Act, they will not be covered by that legislation.

With new technological advances continuing apace in nanotechnology and other areas, such as synthetic biology, it seems unlikely that legislation is going to catch up with developments, at least in the near future. Acknowledgement of this is reflected in the recent award of funding to researchers at Arizona State University, US, to study the ’emerging technologies and the policies and ethics that govern them, and to recommend solutions for improving the timeliness and flexibility of these regulatory processes’.

Given this legislative void, the most sensible course for manufacturers will be to exercise a heightened level of self-regulation. At its simplest this will involve clear internal policy, operating procedures and guidelines; more complex will be the monitoring of developments in the science.

Until standardised tests are developed it is difficult for manufacturers to be confident of the validity of any toxicological testing they undertake. It will be important to identify and monitor the literature relevant to their product but finding these papers among the hundreds published every week will be no mean task.