Scientist Michael Brooks stood for parliament at the last election against an MP who favours homeopathy and medical astrology. He lost. Should we worry?

Scientist Michael Brooks stood for parliament at the last election against an MP who favours homeopathy and medical astrology. He lost. Should we worry? 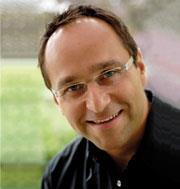 There has, perhaps, never been a more famous scientist in politics than Margaret Thatcher. She had worked as a research chemist, and it is reasonable to think many scientists may have cheered when she became Prime Minister. If they did, the cheering soon stopped. Thatcher’s government privatised government research laboratories and generally decimated science funding. She was the spark that created Save British Science - still alive and still needed, though now clothed in the guise of the Campaign for Science and Engineering. So how can anyone possibly suggest that we need more scientists to go into politics?

There are two main reasons. The first is that we live in a scientific age. Responsible governance therefore requires scientific literacy. Think of issues such as climate change research. A politician having to make decisions based on the research of, say, atmospheric chemists, is in a much better position to weigh up the evidence if they have some understanding of the methods and uncertainties that underpin scientific findings. Similarly, health policy ought to be formed with understanding of how we assess which treatments work and which don’t. That is a lot more straightforward if you understand how science operates.

There is a counter-argument to this: that governments have scientific advisers whose job is to understand science so that the minister doesn’t have to. It’s a nice idea, but is hopelessly na?ve. The structure of the civil service means that, in practice, scientifically qualified advisors are generally not at the top of the pile. Their advice is passed upwards through people who may or may not choose to convey all of the information to the decision-maker.

The second reason to put scientists at the heart of politics is that science is a creative discipline - and it can apply its creativity to all kinds of areas. Put more scientists in government, and you unleash a source of creative solutions for problems in every sphere of life.

The creativity of science has a spin-off benefit: fund it well and it provides a backbone for the economy. According to the 2008 Wakeham Review of physics, businesses whose processes use modern elements of physics contribute 6.4 per cent of the UK’s total economic output - which is comparable to the output of the finance, banking and insurance sector combined. Add in the economic impact from chemistry and biology and you have the formula for lifting a country out of recession.

That can only be put to work, though, when politicians can escape their culture of short-termism. It is interesting to note that other countries seem to have managed this: the US, China and Germany have all decided to increase science funding in this age of austerity. Could it be coincidence that Obama has overtly committed to putting scientists at the heart of government, the Chinese Premier is a geologist and engineer who has put science at the centre of its nation-building plans and Germany has a research chemist as its Chancellor?

If it isn’t a coincidence, it’s small wonder that in the hands of UK politicians, only a handful of whom have a background in science, science funding is faltering.

Of course, scientists have good reason not to want to get into politics, the main one being that it is a risky move. Science is not the most forgiving career when it comes to taking a break. There are ways to mitigate the risk, however. I would suggest that, rather than focusing exclusively on science communication, public engagement bursaries from organisations such as the Royal Society should be used to give scientists some safe experience of - and perhaps a taste for - activities in the political sphere.

Think about it: who would you rather have as your political representative? Someone who went to Oxford at 18 to study politics, philosophy and economics, moved into a job as a Westminster researcher on graduation and rose through the ranks until given a safe election seat? Or the scientist who has done a decade or two at the lab bench, perhaps spent some time as department head, and decided to bring their experience to bear in the political sphere? I can guarantee that you know a colleague who would make a good parliamentarian. Perhaps it’s time to have a quiet word, and put the idea in their head.

Michael Brooks is the author of  13 things that don’t make sense: the most intriguing scientific mysteries of our times. He stood in the 2010 general election as the sole candidate for the Science Party