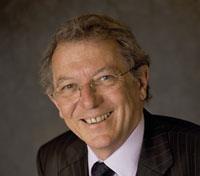 At a National Science and Engineering Week event in March, I challenged scientists to adopt and help promote Rigour, Respect and Responsibility - a Universal Ethical Code for Scientists.

The 10-year Science and innovation investment framework committed the government to work towards developing a society which is confident about the development, regulation and use of science. Central to this is its work to identify public aspirations and concerns around science and scientific developments. The public rightly supports scientific advance when they feel confident that scientists are acting ethically.

We have seen how the public can reject developments outright, as in the case of GM crops. And there have been numerous, well-publicised examples of what can and does go wrong in science, and the impact this has on public confidence in the governance of science. For instance, the alleged link between the MMR vaccine and autism in young children - the result of erroneous conclusions and failure to declare vested interests and media presentation of the issue - saw the vaccination rate drop from 91% to 80% and the number of confirmed cases of mumps rise from just 119 in 1998 to over 43,000 in 2005. And the disgrace of cloning pioneer Woo Suk Hwang, formerly of Seoul National University, the sacking of three Chinese academics for falsifying data and their CVs, and high profile cases of scientific fraud in the USA and elsewhere, do not raise the level of public confidence in science.

In 2005 MORI conducted a survey which highlighted that the UK is very positive about science, but we should not take this for granted. Our social licence to operate as scientists needs to be founded on a continually renewed relationship of trust between scientists and society. The Code has been developed in my office to help us meet this challenge.

The Code has three main aims: to foster ethical research, to encourage active reflection among scientists on the implications and impacts of their work, and to support communication between scientists and the public on complex and challenging issues. It captures existing best practice, and it provides a useful framework for discussion. It is also useful as a tool to raise awareness - the concepts are easily understood by all, and it can be used at all stages of the education process.

I have no doubt that the vast majority of scientists do abide by the Code in their everyday work. The title of the Code, Rigour, Respect and Responsibility, provides a simple summary of the values that each of us espouses as practicing scientists; it should also serve as a demonstration to the public that scientists take ethical issues seriously, thus reinforcing public confidence.

There is already much existing good practice, and there are other, more detailed codes for more specific situations, for example engineers in the construction industry. The Universal Ethical Code represents an overarching framework standing over these. It is simple and easily understood. It will help us to bolster public confidence in the use and management of science, and maintain the fortunate position we have in the UK where science and scientists are recognised as a valued part of the society we serve.

Following a successful pilot involving several Government scientific agencies such as the Forestry Commission and the Veterinary Laboratories Agency, the Code will now be rolled out more widely, initially across the rest of Government, and then to other key groups including those involved in school science education, university educators, scientists and students, and scientists in industry.

I would particularly like to see the Code embedded in schools and universities as soon as possible. In the world of work, the Code can be used to guide young and experienced researchers alike. Scientists in industry are also key stakeholders; company misdemeanours can have the greatest impacts on public attitudes.

The public has great aspirations for scientists. We have a responsibility to them, and we must not let them down. I therefore urge all scientists to adopt and help promote the code.

A version of this article originally appeared in  Education Guardian Weekly.