Ted Nield warns of the perils of Pest

Ted Nield warns of the perils of Pest

On 25 January, sciencehorizons - described by the UK government’s Department of trade and industry as ’the first ever mass public engagement programme designed to get the nation talking about the science and technology of the future’ - was launched by Minister for science and innovation, Malcolm Wicks. So here we go - another opportunity for scientists to go down another notch in public esteem by being seen to collaborate with the authorities. 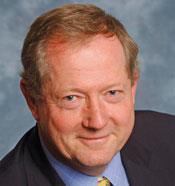 This sort of activity is sometimes known by its acronym, Pest (Public engagement with science and technology). Yet I believe that those who believe the public wishes to engage in such debate have mistaken the audience of BBC Radio 4’s Today  programme for the general public.

And despite the sop of ’engagement’, scratch a Pest and you will find old-fashioned Pus - the apt acronym for the discredited ’Public understanding of science’ movement. Far too many scientists and their cheerleaders still believe that educating people about science will make them love it. Many of us who were forced to learn the Krebs cycle by heart remember all too well just how grateful it made us.

Although Pests do not overtly hold that Joe Public has to be made to know what scientists know, their approach carries the insulting implication that if only JP were better informed and thought rationally, he would agree with scientists. This is one of those assumptions that alienate the non-scientific, and jeopardise scientists’ chances of convincing people that they are not just out for themselves or the Establishment.

Why should scientists need to do that convincing in the first place? Partly, it is because most people realise that the world runs on self-interest. People can see why supermarkets and farmers want GM foods, but the benefits to customers are far less apparent. Campaigners object to phone masts but not to cellphones because the cellphones are useful and cute, while transmitters belong to the authorities and are inherently suspect. These blindingly obvious PR problems can be countered by the usual means, of course - explaining benefits to create an affective bond between science and consumers so that more will feel happy about making a free choice in science’s favour.

But what if, after the public has heard and understood the arguments so that even scientists are happy, they still say ’no’ - just because on the whole, they’d rather not, thank you? Are scientists ready to accept the verdict? Not likely.

In December 2003 Lord Winston made this very observation in the Times Higher Education Supplement  and laid bare Pest’s whole empty, useless charade. He added that scientists risked tarnishing their reputations by cosying up to governments. ’We have to recognise that it is unwise to get too closely associated. government has a different agenda,’ he said. Winston was then roundly lambasted by science pundits and a parcel of cocky politicians.

But if the purpose of engaging the public in debates about science and technology futures cannot, theoretically, lead to a ban on certain technologies or research, then what is the debate really for? How sincere can such a process of ’engagement’ really be?

The more scientists fall for this, the more they will end up running focus groups on the cheap and colluding ever more closely with the establishment - when both common sense and the best survey evidence available tells us that it isn’t science per se that people are suspicious of at all - it’s authority.

Dr Ted Nield is Chair of the Association of British Science Writers, and Editor of Geoscientist. The views expressed are the author’s own, and are elaborated at his website.