The UK government has lost the ability to ensure that the research that it really needs gets done, says Jack Stilgoe

The UK government has lost the ability to ensure that the research that it really needs gets done, says Jack Stilgoe 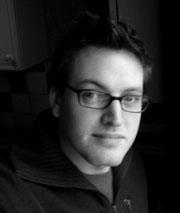 There is an unending battle in science policy around the question of who knows what’s good for us. Scientists argue that their location at the research coalface uniquely qualifies them to be able to allocate scarce research resources to the best science. Policymakers - who we expect to represent the public interest - claim that science won’t necessarily deliver the goods if left to its own devices. Over the past decade or so, scientists have been vocal and successful in fighting for the funding and freedom required to produce world-class science. The UK Royal Society’s report The scientific century,1  with which I was involved, described the astonishing successes of UK scientists. With a small population and relatively meagre budgets, UK scientists produce 14.4 per cent of the world’s most highly cited papers.

The science we want

The current setup has been pretty good at giving the UK the research it thinks it wants, stuffed with Nobels and Nature  papers. But this has obscured a big problem - government’s declining ability to fund the science it needs. We fund science not just to produce great science; we also expect long-term returns in the form of economic and broader public value. To go back to Francis Bacon’s motivations for science, we are interested not just in ’intellectual enlightenment’ but also ’the relief of Man’s estate’.

Take the case of nanotechnology. In 2004, a report from the Royal Society and the Royal Academy of Engineering suggested that government should conduct research on the risks of nanoparticles. Five years later, it still hadn’t done so, attracting criticism from the Council for Science and Technology. The then science minister Malcolm Wicks tried to defend government’s approach on Radio 4’s Today  programme: ’We need more research and I recognise that...But this is not about money. The research councils...have never been better funded...What’s happened is that they haven’t had - and this is what the MRC tell us - sufficiently high quality research applications to award the grants.’

To which his interviewer responded: ’So it’s the scientists’ fault; not your fault at all?’ The minister replied: ’Look, it wouldn’t be right for a minister to say, "you scientists do this".’

The science we need

How did we get into a situation in which a science minister feels unable to tell scientists what to do with public money? There are countless topics on which government needs to conduct research. In the 1970s, the Rothschild reforms tried to draw a line between the science we want and the science we need, removing a chunk of the research councils’ budget and giving it directly to government departments to spend. This separation is problematic - there is a lot of science that is both scientifically excellent and relevant to policymakers. But that should not distract us from the hidden trend that has happened since the Rothschild reforms - a withering in research not funded by the research councils. Science has largely been outsourced from government to universities. National labs and departmental research programmes have collapsed, leaving government largely unable to conduct the research it needs.

One would imagine that government would have retained an interest in funding science that was relevant to its goals. But there exists no equivalent to the Royal Society to lobby for the strategic science. The current settlement, in which research councils are expected, through a greater emphasis on ’impact’, to turn the science we want into the science we need, runs the risk of delivering neither.

Jack Stilgoe is a senior research fellow at the University of Exeter’s business school, UK

1 The Royal Society, The scientific century: securing our future prosperity, 2010