Britain’s Labour government has had a good record on science funding over its eleven years in power. When Tony Blair swept to victory in 1997 he honoured pre-election promises to increase spending on science. Gordon Brown subsequently announced significant increases in support for science following his first Comprehensive Spending Review, and that trend has continued ever since.

But in recent months the way in which science is funded appears to be lurching from one crisis to another. 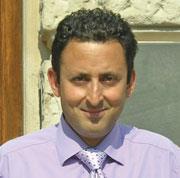 In late April, the Higher Education Funding Council for England (Hefce) announced the conclusions of its consultation on the new Research Excellence Framework (REF). This promises to replace the Research Assessment Exercise (RAE), which is used to assess the quality of university research, and was due to be phased in from 2009 (see Chemistry World, March 2007, p42).

Many scientists were sceptical about the proposals to develop a robust bibliometric indicator, saying that the assessment needs a human element. There was similar doubt about Hefce’s ambition to develop, trial and implement the new system in the space of a year. Hefce had also proposed running different systems for different groups of subjects: humanities, the social sciences and maths were to retain an element of the old peer review, for example.

To its credit, Hefce has responded to the feedback. It has allocated an extra 12 months to develop the new system; agreed to have a single system for all subjects; and also to combine metrics with input from expert panels.

The question remains: why did Hefce try to push ahead with the REF so quickly in the first place? I believe that the government has pushed them to change the RAE following Gordon Brown’s announcement in March 2006 that the research funding system was to be ’radically simplified’. Brown, then chancellor of the exchequer, was reacting to long-standing complaints about the workload that the RAE involved, but appeared to ignore the fact that the RAE had just been substantially reformed. That means we are now debating a new system before the reformed old system has even had a single run through.

Hefce’s step back from the REF brink came at the same time as the House of Commons’ Innovation, universities, science and skills committee’s damning report on science budget allocations and, in particular, the financial crisis that has engulfed the Science and Technology Facilities Council (STFC) since their budget for 2008-11 was announced.

The Committee found that the science budget increases do not fully cover government-determined spending commitments (such as the requirement for research councils to meet 80 per cent of the full economic costs of research) and expenditure on new bodies like the Technology Strategy Board.

They also expressed concern that the government has failed to protect the existing and planned research base, and had reservations about the influence government appears to have on how the budget is spent.

This is apparent in recent changes to the programmes at the Engineering and Physical Sciences Research Councils. From 1 April, the chemistry, physics and materials programmes have been merged into a single physical sciences programme. There is a worry that in the medium term, money will move from fundamental subject areas into projects which have been defined by government to some degree.

We must continue to acknowledge that the Labour government has increased the public funding of science, whilst fighting to stop it from interfering too much in the way that money is spent, especially if that risks undermining the science base.

We need good governance of science. But the government must also trust scientists with enough freedom to apply their imagination in ways which ultimately benefit society.