What future do Britain's museums face in the light of government spending cuts? Science communicator Alice Bell discusses what it could mean for the next generation of scientists

What future do Britain’s museums face in the light of government spending cuts? Science communicator Alice Bell discusses what it could mean for the next generation of scientists 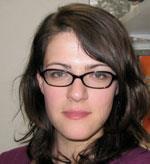 You could almost hear the collective sigh of relief from UK science after the government’s autumn 2010 spending review. Indeed, it was a largely grateful audience that met science minister David Willetts when, in the week after the spending review, he joined a panel for a ’Science question time’ event at the Royal Institution (RI) in London. Sceptical, as scientists are wont to be, but relieved that cuts were not nearly as deep as expected, nor as deep as they will fall elsewhere. Near the end of the evening however, a hand went up from the back of the Faraday Theatre. Writer and astronomer Colin Stuart asked: what about other cuts to other areas, museums for example, how will those affect UK science?

Stuart has a crucial point here: we should be careful of applying too narrow a definition of science funding. We might, for sake of administration, divide research, engagement and education, and then further divide between universities, schools and ’informal’. But in the real world, the threads of science are not nearly so neat.

Stuart stressed the role of museums in inspiring future generations into science. But this is only part of the role of science communication (one that is, perhaps, overused for its rhetorical power). The truth is that even if collecting science undergrads is your aim, and it’s a limited one, the best way to achieve this is a broad strategy, thinking about interest in science across society. Future scientists, like their grown-up counterparts, don’t live in a social vacuum, and demonstrating science’s relevance to society at large will make it easier to recruit young people into the profession. When I worked on a science careers promotion project for the Department of Education back in 2003, one of our prime audiences was parents. Help grown ups appreciate science, and the children they are connected with will appreciate it too.

Moreover, grown-up science needs grown-up public support of its own. As Willetts himself said at the RI event, one of the reasons the government was so supportive of science was due to the success of the great UK science communication industry. Science as a whole works better when it shares itself with society.

It’s also worth noting that the UK science communication industry, like scientific research, punches well above its weight internationally. Our museums, books, television shows, radio programmes and podcasts, magazines, festivals, journalists, bloggers and more are the envy of many across the world. They are also part of our culture in their own right, and something the British public is proud of.

Still, in times of financial crisis, we need to be creative about selling our work. We could increase public charges for the privilege of accessing science. When museums went free back in the late 1990s, I was working on the gallery floor of the Science Museum and saw a transformation of audiences. I’m not sure I want to see it go back. Or, for another example of the impact of ’paywalls’ on media consumption, just look at The Times  (the jury’s still out on whether or not the paper was wise to charge for online access).

There are charities, of course. Like many, I’m thankful for the existence of the Wellcome Trust. Although from my perspective, the Trust’s impact on the field has been very positive, it is worth noting UK science communication’s tendency towards biomedical topics. Wellcome bankrolls the topics it cares about (understandably) and there isn’t really an equivalent to balance things out.

Industrial sponsorship is another option. This keeps access apparently ’free’ but, we might argue, turns the audiences into products in the process: selling a promise of public attention to advertisers. There is a question of how responsive such audiences are though. Another memory from my time on the ’shop floor’ there, I remember visitors turning up their noses at the Science Museum’s Energy Gallery when they saw the BP logo. Maybe this isn’t fair on industrial communications, but it affects the audiences’ perception of the product. It’ll be interesting to see how people react to the museum’s new Shell-sponsored Climate Gallery.