Computational chemistry is no longer an esoteric sub-discipline, it’s everywhere

Machines and computers are infiltrating every corner of society and chemistry is no different. At the end of January we reported on an automated flow chemistry system made by scientists at Pfizer to speed up reaction optimisation early in the drug discovery process. And around the same time we brought you an in-depth report on how automation in the chemistry lab is taking some of the labour out of the laboratory. Then in February we had a story that might tell us something about the origins of life: a system that combines chemistry, robotics and artificial intelligence to perform more than 7000 experiments to ‘evolve’ protocells. There’s no question that machines help chemists explore chemical space faster. But some researchers fear their computer skills are lacking. 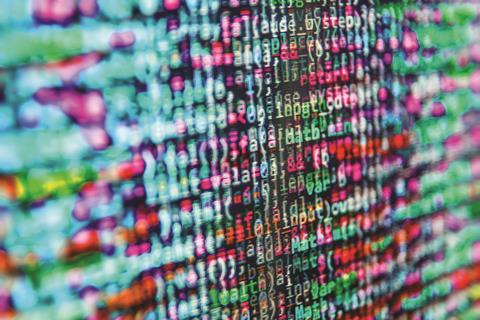 Yet chemists are probably more adept with machines than they realise. Many of them program every day – plugging molecular inputs into experimental instructions – and there’s a far more complex set of commands involved in programming matter than you’ll find in any coding language. Chemists have many other latent computer skills: they’re familiar with symbolic representation and devising algorithms, and they can appreciate the pedantic logic of computers. Moreover, they have the resilience and patience to cope when something doesn’t work first time (it never works first time).

Translating chemistry into computational terms is where it gets tricky. Chemistry is bursting with fuzzy concepts – electronegativity, partial charges, molecular strain, aromaticity and the chemical bond – that can be hard to articulate in an algorithm. And then there’s all the acquired know-how that gives a practised chemist their chemical common sense. But you could argue that it’s probably better a chemist attempts that translation rather than a computer scientist. It won’t be long before knowing how to code is integral to being any kind of scientist.

Chemists working with large sets of data can save hours, if not days, by adding in some basic code. But machines are not just saving chemists’ time and energy. They could bring about a new clarity to chemistry, take some of the mystery out of chemical intuition and help free chemistry from its human biases. To borrow an old computer science gag, there are 10 types of chemist: those who understand binary and those who don’t.