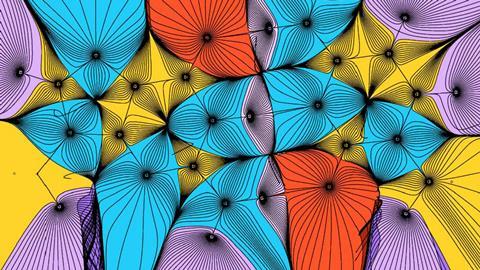 Drawing a line under the chemical bond

Since the 19th century, chemists have used a simple shorthand for bonds: ——— . Over the years, we’ve added detail to those lines as generations of chemists have been raised on a diet of Lewis structures, valence shell electron pair repulsion theory, and valence bond and molecular orbital theories. It is a shorthand that works so well that few chemists pause to ask the important question: what is it?

There has never been a direct observation of a chemical bond, simply because it is not a physical object but rather an interaction. And every atom in a molecule (regardless of how that is defined) interacts with every other atom – whether or not they share a ‘chemical bond’. Yet experimental chemistry has taught us there is something very special that characterises the particular interaction between chemically-bonded atoms. So is there an unambiguous criterion for a chemical bond? 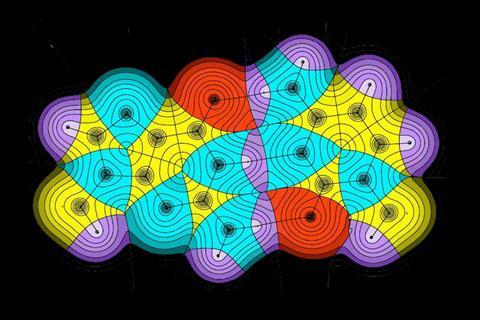 The path to an answer

Amazingly, there is a real-space, observable feature that corresponds almost exactly to the lines we use to define molecular connectivity. Lines drawn through the points of highest electron density between bonded atoms yield connectivity graphs that nearly always reproduce traditional structural formulae. These ‘bond paths’ were discovered in 1977 by Canadian theorist Richard Bader and colleagues[1]. Bond paths are also mirrored by a line of maximally negative energy density linking the same nuclei: a doppelgänger termed the ‘virial path’. In one stroke, this unites the concept of chemical structure to that of energetic stability.

In the four decades following Bader’s discovery, the bond path has been routinely observed in electron density maps obtained from high resolution x-ray crystallography and in ab initio calculated electron densities. Graphs constructed from bond paths reproduce the rings and cages of bonds, covalent bonds, ionic bonds and weak bonds (including van der Waals and hydrogen bonds), with the type and strength of bond reflected in the bond path properties. Sometimes the bond path corresponds with the straight line linking the nuclei – but not always. The bond path can considerably depart from linearity, which often occurs with ring strain (for bonds in ring systems) and with weaker bonds (such as hydrogen bonds). Recently, bond paths of several modes of bonding have been observed in high resolution atomic force microscopy images.

Bond paths are useful to establish bonding, and in discussing structural stability and its changes during a chemical reaction, and to elucidate the ‘nature of the chemical bond’. From a more utilitarian standpoint, they help to develop robust QSAR (quantitative structure–activity relationship) predictive modeling of properties and activities.[2]

Yet this is only the beginning. The bond path is a milestone in the development of the quantum theory of atoms in molecules (QTAIM):1 a comprehensive theory of chemistry that starts with the analysis of the topography and the associated topology of electron density. In doing so, molecular properties can be rigorously decomposed into atomic and group contributions, which allows one to study chemistry at the atomic level.

Of course, there are still unanswered questions – for example, cases where a bond path is present where it is not expected and vice versa.

Naturally, controversy has never been far from these findings. Yet the bond path remains an elegant, rich and useful manifestation of chemical bonding. I believe it has passed its vetting process as a worthy new idea in science. And perhaps its full profundity has yet to be discovered.

Thanks to Todd Keith, Lou Massa and Birger Dittrich for their comments on the manuscript.