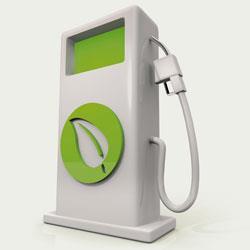 ’Biofuels are gaining increased public and scientific attention, driven by factors such as oil price spikes, the need for increased energy security, and concern over greenhouse gas emissions from fossil fuels,’ begins Wikipedia’s entry on biofuels. Four thousand or so words later, at the bottom of the page, are three lines on the possible drawbacks of biofuel production.

Those drawbacks were the subect of an 18-month inquiry into current UK and European biofuel policies by the Nuffield Council on Bioethics, which has just published its findings.

Biofuel production has led to some serious problems, particularly in developing countries. UK and European policies have demonstrably failed to prevent deforestation and the displacement of indigenous people as land has been cleared for biofuel-rich crops such as maize and sugar cane .

In its report Biofuels: ethical issues  (available on the Nuffield website the Nuffield Council recommends a set of overarching ethical conditions for all biofuels produced in and imported into Europe, including:

The authors of the report have called on the UK government to encourage research into new types of biofuels that need less land, produce fewer greenhouse gases and do not compete with food production.

In last month’s editorial (Chemistry World, April 2011, p2), my intended message did not get communicated as clearly as I hoped.

It was certainly not my opinion that the UK Government’s chief scientific officer was being leaned on by the government in connection with his recent communications.

I found John Beddington’s explanation of the situation at Japan’s stricken Fukushima nuclear power plant both clear and helpful, and supported by substantive expertise to back up the advice. Clear explanations, like those of Beddington and Martyn Poliakoff, professor of chemistry at the University of Nottingham (on his YouTube site, the Periodic Table of Videos), were much needed amongst the hype that was taking over the airwaves immediately following and during the crisis.

The question I was asking was why, despite the availability of such well supported scientific advice, do people automatically assume the worst, especially when this can lie somewhere between the extremely unlikely and the impossible. My sincere apologies to Sir John Beddington for the way the editorial came across, and for any offence caused.