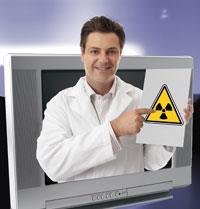 The essential role that scientific advice has to play worldwide was brought sharply into focus following the earthquake and ensuing tsunami that hit Japan’s northeastern coast on 11 March.

But although experts around the world were busy explaining what was known about the quake-stricken Fukushima Daiichi nuclear plant, much of the advice seemed to be falling on deaf ears. Why? First, there was a risk involved, and we humans are famously risk averse. For some reason that must have its roots in our evolutionary past, we often conclude that the worst case scenario is also the most likely. Advice from the UK Government’s chief scientific adviser, John Beddington, that the situation could not possibly become a second Chernobyl certainly didn’t quell the rumours that a nuclear disaster was in the making. Which leads to the second reason why scientific advice might have been ignored: nuclear disasters make for harrowing stories, and harrowing stories - accurate or not - sell newspapers.

Alternatively, there is a history of ’scientific’ advice being influenced by political pressures. Was Beddington being leaned on by the government he was supposed to be advising? You can see why people might think that, particularly given the UK’s plans for future nuclear power plants.

What we, the general public (yes, even scientists are members of the general public), need is access to sound scientific advice. Beddington may well be providing that, but nobody should ever base their understanding on the advice from one person. To quote the Royal Society’s motto: ’Take no one’s word for it’ (Nullius in verba, see Philip Ball’s piece).

Perhaps scientists need more effective ways of getting their message across. That doesn’t mean they should stop doing what they already do - I wasn’t the only member of the public who listened to Beddington on the BBC, and will continue listening out for updates as the situation evolves. But not everyone listens to the BBC.

Newspapers, the radio and TV are not the only ways we can access information. Over on YouTube, Martyn Poliakoff’s group at the University of Nottingham, UK, has been doing fine work explaining the science - specifically the chemistry - behind the news. Check out Poliakoff’s explanation of the problems faced by the Fukushima Daiichi nuclear plant.

Happily, the out-of-touch image of scientists has been getting a drubbing on YouTube in recent years, with a group of molecular biologists creating a hit with a Lady Gaga parody, and researchers at the European Organisation for Nuclear Research releasing their CERN Rap, which helped explain what goes on inside the Large Hadron Collider to a whole new audience.

We wish the Japanese people well in rebuilding their lives and sincerely hope that the Fukushima Daiichi power plant does remain stable.

In this editorial, my intended message did not get communicated as clearly as I hoped.

It was certainly not my opinion that the UK Government’s chief scientific officer was being leaned on by the government in connection with his recent communications.

I found John Beddington’s explanation of the situation at Japan’s stricken Fukushima nuclear power plant both clear and helpful, and supported by substantive expertise to back up the advice. Clear explanations, like those of Beddington and Martyn Poliakoff, professor of chemistry at the University of Nottingham (on his YouTube site, the Periodic Table of Videos), were much needed amongst the hype that was taking over the airwaves immediately following and during the crisis.

The question I was asking was why, despite the availability of such well supported scientific advice, do people automatically assume the worst, especially when this can lie somewhere between the extremely unlikely and the impossible. My sincere apologies to Sir John Beddington for the way the editorial came across, and for any offence caused.