We need an alternative to the Haber−Bosch process 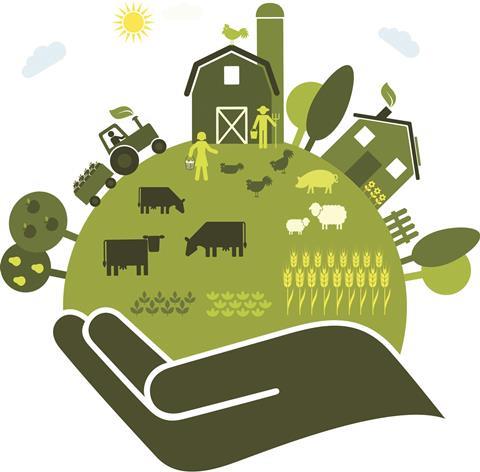 Rarely a week goes by when a new solar cell material or a metal–organic framework for storing hydrogen or carbon doesn’t pass across my desk. Solving our planet’s energy conundrum is firmly on chemists’ agendas. However, cleaner alternatives to the Haber–Bosch process, like that we reported on at the beginning of February, don’t crop up so often. Often cited to consume around 1–3% of the world’s energy and responsible for a similar proportion of the world’s carbon dioxide emissions, the Haber–Bosch process is a significant climate change player.

The reason that alternative methods aren’t more free flowing of course, is that fixing nitrogen is hard.

Nitrogen is cruel. It’s a tease. It’s all around us – 78% of Earth’s atmosphere is nitrogen, and it’s in every nucleic acid and protein (living systems would be hard pushed to be more reliant on nitrogen). Yet one of chemistry’s strongest bonds keeps this essential element effectively hiding in plain sight.

Nitrogenases are the only known class of enzymes to turn dinitrogen into ammonia. By doing this at ambient pressure and temperature they make it look easy, compared to the Haber–Bosch process which requires pressures of 150 to 350 atmospheres and temperatures between 350°C and 550°C. However, it’s still a rather energy-intensive process, requiring 16 molecules of ATP to reduce each dinitrogen molecule. Shelley Minteer’s team has finally managed to incorporate this clever enzyme into a fuel cell when previous efforts struggled to stop it from degrading.

Nitrogenases’ mode of action is still up for debate. How exactly does nature hide a reactive centre powerful enough to rip apart a nitrogen triple bond in a delicate biological system? Photosynthesis is often top of the list of nature’s processes we want to imitate, but nitrogenases’ inner workings must come a close second.

Earlier this year, the University of Texas’s Weston Borden reported an unexpected explanation for the strength of nitrogen–nitrogen triple bonds. The hope is that these findings will help chemists design better catalysts for fixing nitrogen.

Almost a century has passed since Fritz Haber received the Nobel prize in chemistry ‘for the synthesis of ammonia from its elements’. Whoever manages to come up with a method that can compete at the scale and price of the Haber–Bosch process will surely win a Nobel prize themselves and the even bigger prize of a more sustainable society.