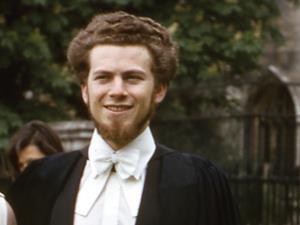 The award for 1975, consisting of the Meldola Medal and a prize of £100, has been made to Dr Jeremy Keith Morris Sanders, university demonstrator in the University of Cambridge, in recognition of his work in organic chemistry with particular reference to the study of paramagnetic shift reagents in NMR spectroscopy. Jeremy Sanders obtained his BSc in chemistry at Imperial College in 1969, and then moved to Cambridge to do postgraduate work under the supervision of Dr D H Williams. He then spent a year at Stanford University, California, where he acquired a continuing interest in the biological application of NMR spectroscopy. In 1973 he returned to Cambridge. His current research is primarily in using NMR spectroscopy to probe the structural and electron transfer roles of chlorophylls in photosynthesis.

Ed. Jeremy Sanders went on to an illustrious career in chemistry at the University of Cambridge, where he was head of the Chemistry department from 2000 to 2006. He is still an Emeritus Professor there. He is known for his contributions to many fields in chemistry, including NMR spectroscopy and supramolecular chemistry.