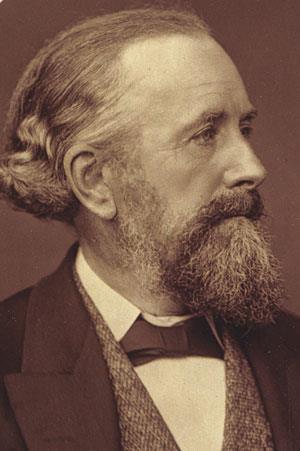 Frankland, a pioneer in organometallic chemistry, is remembered by the RSC in the Sir Edward Frankland Fellowship

The RSC is pleased to announce a new award, the Sir Edward Frankland Fellowship, which will be awarded biennially or as frequently as the fund allows, for the encouragement of research in organometallic chemistry or coordination chemistry of transition metals. This fellowship is made possible by a gift to the Society from an anonymous donor and consists of an award of £1000. In considering the award, particular attention will be paid to evidence of independent creativity in

(i) experimental studies on organometallic chemistry, the latter defined by compounds containing metal-carbon bonds, excluding those of boron, silicon, germanium or phosphorus,

(ii) (a) experimental studies in the complex compounds of transition metals, including biomimetic chemistry of metals or (b) mechanistic studies and homogeneous catalysis

Ed. The first winner of this fellowship was David Cole-Hamilton for 1984/85, while the latest recipient for 2013 is Richard Layfield of the University of Manchester.