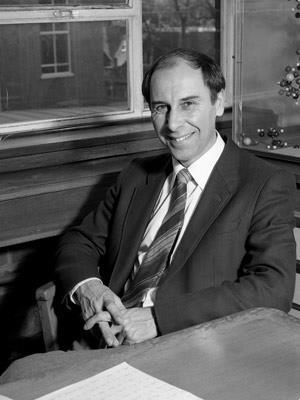 The second Alfred Bader award has been given to Dr D H Williams of the University of Cambridge. Dudley Williams received his bachelor and PhD degrees, in chemistry and organic chemistry, respectively, from the University of Leeds in 1958 and 1961. He subsequently studied as a postdoctoral fellow and then as a research associate (with Carl Djerassi) at Stanford University, California from 1961–64.

In 1964, he accepted an appointment at the University of Cambridge and became a Fellow of Churchill College. He has pursued a career in teaching and research in Cambridge since that time.

Williams played a key role in the development of organic mass spectrometry, NMR shift reagents and fast atom bombardment mass spectrometry, and was a co-discoverer of the structural changes occurring in vitamin D during its conversion to the hormone 1a,25-dihydroxy-vitamin D.

His most recent interests have been concerned with the structural elucidation and biological function of unusual peptides and peptide antibiotics. He was the first to use the negative nuclear Overhauser effect in the elucidation of a large structure and in the determination of a drug–receptor interaction.

Ed. Williams remained at Cambridge until his retirement in 2004. He died in 2010.