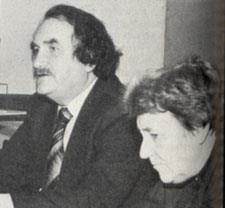 John Harvey-Jones announcing an ICI grant for a new chemistry gallery at the Science Museum, London, in 1986

Demystifying the chemical industry and presenting it as a major national treasure are two of the main aims of the new gallery of chemical industry at the Science Museum in London. Due to open in December 1986 (coinciding with ICI’s 60th anniversary), the gallery is funded in part by a ?1.3m grant from ICI as the company’s main contribution to Industry Year.

The exhibition’s design takes its inspiration from the gantries and walkways of a modern chemical plant and, not to confuse the chemically illiterate, there will be only five major presentations: chloralkalis, ammonia, petrochemicals, fine chemicals and - heavily emphasised - biotechnology.

ICI’s chairman, Sir John Harvey-Jones who, together with Dame Margaret Weston, director of the Science Museum, presented the plans, hopes that the new gallery will contribute to changing the dangerous and offputting image of the chemical industry.

December 1986 will also see the opening of the first stage (’Cells, molecules and life’) of a new biochemistry gallery at the museum, sponsored by the Biochemical Society to celebrate its 75th anniversary.

In both galleries the museum hopes to present the subjects in an environmental and social context, rather than as mere archival specimens.