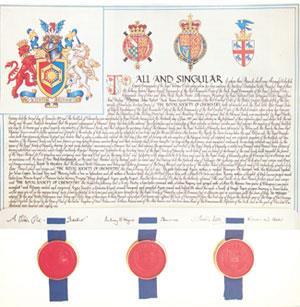 The CS and RIC were finally unified in 1981

Concerns over the unification seem to turn on the Institute’s fear of becoming dominated by academics and on the Society’s reluctance to become too heavily involved in professional activities - indeed on whether priority is to be given to chemistry or to chemists.

Digested version of an article entitled  The profession of chemistry by Eric Parker (secretary of the Royal Institute of Chemistry), Chemistry in Britain  (January 1977)

Ed: Has the RSC successfully overcome these initial fears?

British Biotechnology (BB) has been set up by a group of top researchers from G D Searle, UK. The new company will focus on R&D and production in the life sciences. It intends to market a range of complete genes synthesised in its own labs..and is the first company of its kind to offer both synthetic organic chemistry and genetic engineering under one roof.

Ed: BB was the subject of an inquiry by the House of Commons Select Committee on Science and Technology in August 1998. Later investigations by other bodies over the conduct of its clinical trials and business affairs found BB to have misled the public over the progress of its drug marimastat. In 2003 BB merged with RiboTargets and then with Vernalis, taking on the name.