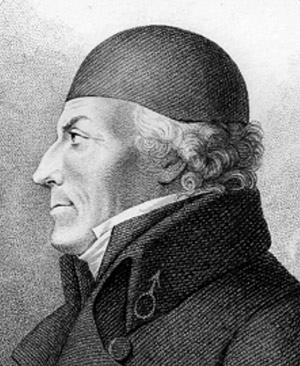 About a year ago, someone discovered a battered cardboard box in my chemistry department. It contained several dozen charcoal blocks about 3cm long, many of them with a deep hole carved out in the centre. It was a relic of a bygone age, when chemical analyses were done with one of the forgotten instruments of the professional chemistry set: the blowpipe.

Consisting, originally, of nothing more than a tube, the blowpipe goes back at least 3000 years. Images in Egyptian tombs show smiths blowing through a reed into the coals of a fire to increase the temperature, and silversmiths and jewellers used them during the middle ages. By the 17th century chemists began to take an interest, and by the 18th century they truly came into their own.

It was the Swedish chemist Axel Fredrik Cronstedt who began to use the blowpipe systematically for analysis. Holding a minor position in the Swedish Board of Mines, Cronstedt believed that there was little point relying on the appearance of minerals: true understanding could only come from a detailed analysis of composition. He used his blowpipe analyses as the basis of a new way to classify minerals, describing how, when placed on a block of charcoal, different minerals behaved in the flame. The idea was simple. Just as blowing on hot coals raises the temperature, using a pipe to blow through a candle flame produced a pair of concentric cones of fire: the outer yellow, the inner blue. As the British chemist George Fownes noted in 1848: ‘the space between the outer and inner cones … possesses strongly reducing or deoxidizing powers, while the heated air just beyond the point of the exterior one oxidizes with great facility’.

Armed with his blowpipe, Cronstedt demonstrated that nickel was an element. He also identified the first zeolite after seeing the boiling water escape when subjected to the intense heat of the flame.

Cronstedt never bothered to describe his methods in detail, but fortunately his student Gustav von Egeström provided a full description in a small pamphlet that was read avidly by other chemists. Crucial to successful use of the blowpipe was circular breathing – the ability to inhale through the nostrils while expelling air from the mouth using one’s cheeks. In this way a sample could be heated on the block for extended periods in the presence of other reagents, sodium carbonate, borax and ‘microcosmic salt’ (sodium hydrogen phosphate).

Another leading Swedish chemist, Torbern Bergman, a dyed-in-the-wool phlogistonist and the first chemist to use letter symbols for elements, would write an extended treatise on the blowpipe – De tubo ferrominatorio – as part of his critical survey of chemical analysis. Many of these experiments, however, were probably not conducted by Bergman, but by his assistant Johan Gottlieb Gahn.

Born in the province of Hälsingland, Gahn had matriculated at Uppsala at the age of 15. He was a virtuoso of the blowpipe and expert analyst, which led him to optimise the design. He added a flared mouthpiece – of wood or ivory – to minimise fatigue. The length of the tube was set by the eyesight of the chemist – it was crucial that the sample on the charcoal block be clearly in focus. When a blowpipe was used for an extended period, condensation from the lungs produced droplets of water that interfered with the analysis, so Gahn introduced a box between the tapering tube and the tip to catch the water. Finally, he ensured the brass outlet was protected by exchangeable platinum tips – easily cleaned in a hot flame – with holes of different dimensions to be chosen depending on the fineness of the analysis.

Gahn, who held an appointment at the Swedish Board of Mines but also worked on a long series of mining projects, carried his blowpipe everywhere he went. When he was 70, he met the young Jöns Jakob Berzelius, who was astonished by Gahn’s abilities, stating: ‘It was surprising to see the speed and accuracy with which he could identify minerals and how traces of metals, which otherwise would certainly have escaped the eyes of the analyst, could be detected and identified.’ Gahn not only taught Berzelius how to use the instrument, but also how to make a series of gadgets and devices on the lathe that he had never bothered to publish. ‘How much I wished that I might have come into earlier association with this excellent and unusual man,’ Berzelius added.

In 1812, while writing his blockbuster textbook on chemistry, Berzelius asked Gahn to write the analytical section in volume two, thereby preserving a little of Gahn’s vast knowledge for posterity. Berzelius, who wrote to a friend ‘I almost dislocated my jaws in my routine analysis of metals’, would later transform the blowpipe into what his biographer Erik Jorpes would call ‘the stethoscope of the chemist’.

To my shame, I’ve never had a chance to try using a blowpipe. I recently asked an older chemist how it was done. With a twinkle in his eye, he replied: ‘Think of Lauren Bacall. You just put your lips together and blow.’ I bet Gahn would have approved.