After a 66-step journey, Paul Docherty ponders the future of total synthesis in his final column

All good things come to an end – even rambling columns. After more than five years, it’s time to clear the benches, empty the Büchi waste container and finally bin the yellow–brown goo in that unlabelled round-bottomed flask that’s been sitting there for so long. From a practical perspective, my working day now involves more filtering of data than precipitates, so it’s time to hand this page on to those still wearing labcoats on a regular basis. But before I metaphorically distribute the collection of exotic glassware I have hoarded over the years, there’s time to consider where it might be used next – where is the art of total synthesis headed? 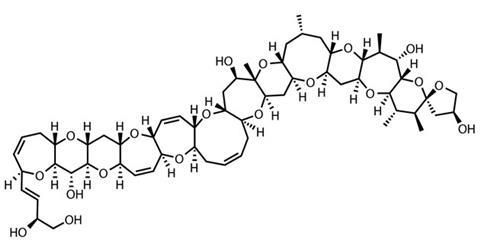 If we build it, they will come

Although my experiences as a synthetic chemist have been relatively brief, the change in the last few decades has been marked.

During my undergraduate degree, the underlying theme was of resolute triumph – we, as chemical architects, could overcome any challenge, master any synthetic problem. The landmark syntheses of palytoxin1,2 (by Yoshito Kishi at Harvard University, US), and the marine polyethers brevetoxin3 and ciguatoxin4 in the mid 1990s to early 2000s (by KC Nicolau from the Scripps Research Institute, US (now at Rice University, US), and Masahiro Hirama at Tohoku University in Japan, respectively) stand as remarkable testament to this. However, the effort required to equal nature’s deft touch is truly astonishing – tens of students, yards of grant applications and I don’t want to know how many NMR spectra. And it’s these resourcing levels which have come into question in austerity-driven years. 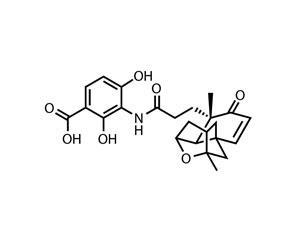 More than ever, total syntheses now require a non-synthetic rationale, frequently biological. Indeed, each new discovery and isolation of a biologically potent species now causes a feeding frenzy among chemists, particularly when the biological profile has headline-winning attributes. A recent example was the discovery of the structurally unique antibiotic platensimycin in 2006.5 Compact, yet presenting an enticing synthetic challenge in its tetracyclic caged domain, it was leapt upon, with a first synthesis (from Nicolaou – who else?) in that same year.6 However, more astonishing were the five syntheses in the following year alone, demonstrating a remarkable range of strategies and techniques. It remains to be seen whether a commercial synthesis will evolve from this plethora of lab-scale syntheses.

We have the technology

Unfortunately, lack of commercialisation is often a sticking point, and frequent source of criticism. Many a significant synthetic paper suggests that ‘opportunities for industrial-scale synthesis’ exist, but without substantiation. However, recent efforts in the labs of Eisai Pharmaceuticals have shown that this needn’t necessarily be true. Working on the notoriously complex halichondrin B, the commercial team snipped away at the natural product, endeavouring to retain its potent anticancer properties while pruning away unnecessary decoration. They found a balance with eribulin. With 19 stereocentres, it is still phenomenally complex, but can be produced commercially. 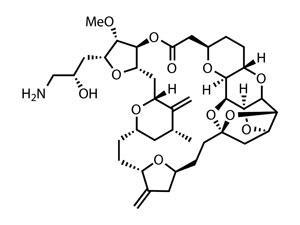 By choosing to work on only the tastiest and most potent morsels that nature offers up, the prospective synthesist can both earn their keep and provide new weapons for medicine.

Luckily, nature isn’t short on providing targets, with a clutch of appealing contenders appearing each year. Some, such as palau’amine, immediately take on legendary status. Whispers of almost-completed syntheses ripple around conference halls, and their completion brings stop-the-press moments.7 Others lurk unsynthesised in the library, such as ryanodine, a phenomenally potent calcium-release modulator, effective in both mammals and insects. Both biological and chemical imperatives for its total synthesis exist, so almost half a century after its structural assignment, the hunt for a synthesis is still on. 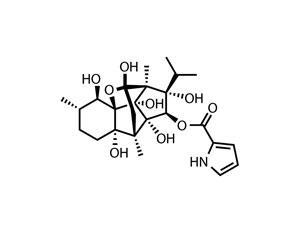 So by choosing the right target, and using both efficient and innovative synthetic technology, total synthesis remains not only relevant, but essential to progress in modern science. And while the means and rationale have changed dramatically in recent years, the synthetic proving ground of natural product synthesis persists, both for synthetic methods and for synthetic chemists. My career may have moved away from the simple joy of a successful recrystallisation, or the brain-torture of a stack of two-dimensional NMR spectra, but the lessons learnt in their pursuit are perhaps more relevant than ever.

Nevertheless, I do miss the smell of dichloromethane.