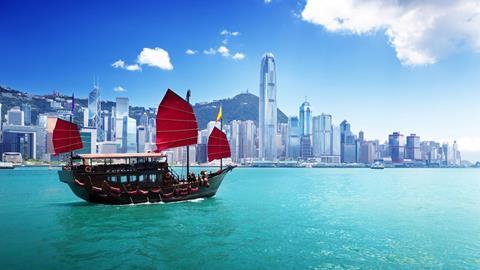 Hong Kong, then and now

How science has changed in 20 years of Chinese sovereignty

On 1 July 1997, sovereignty of Hong Kong was transferred to China by the United Kingdom, operating as an autonomous special administrative region under a principle of ‘one country, two systems’. Time flies: it has now been 20 years since the handover, and the territory has witnessed many changes that have shaped its scientific research output – and will continue to affect its future development in the years to come.

Prior to the handover, Hong Kong was one of the so-called ‘four little dragons’ of Asia (along with Singapore, South Korea and Taiwan) due to its booming economy. In a push for further growth, the Hong Kong Government advanced a plan for societal transformation into a knowledge-based and technology-oriented community. This saw much effort devoted to promote education and research, which included creating the Hong Kong University of Science and Technology in 1988, upgrading educational colleges to research-intensive universities and establishing funding agencies to support scientific research and technological innovation. Meanwhile, Mainland China enjoyed very fast economic development, and its industrial and infrastructural modernisation triggered a huge surge in research activity.

These factors meant the return back to China offered a unique opportunity for science in Hong Kong to develop even further. The annual R&D budget of the Central Government in Beijing has seen double-digit growth, which has incentivised Hong Kong researchers to get involved in Mainland research programmes and projects. Many universities in Hong Kong have set up research institutes – and some have even built new campuses – in the Mainland, especially in the Pearl River Delta. The huge scale of Mainland industry has generated real problems, particularly around environmental sustainability, that raise many scientific questions. For many Hong Kong researchers, it is a great satisfaction to pinpoint and be involved in solving these scientific issues.

To promote cross-border research collaboration, Beijing and Hong Kong have launched various funding schemes, for example the Joint Research Scheme under the auspices of the National Natural Science Foundation of China (NSFC) and the Research Grants Council (RGC) of Hong Kong. Working with the Ministry of Science and Technology (MoST) of China, the Innovation and Technology Commission (ITC) of Hong Kong has also come up with research initiatives to sponsor the establishments of Partner State Key Laboratories and the Hong Kong branches of Chinese National Engineering Research Centers. It is anticipated these mega grants will shape scientific research in Hong Kong in the future.

By grasping the golden opportunity offered by the handover, scientific research in Hong Kong has grown at a steady pace in the past two decades. As a result, many academic papers have been published in top-tier scientific journals, making Hong Kong science visible in the international research community. Some research outputs have also been successfully commercialised, developing into real technology and transforming into viable products. Graduate students trained through the research programmes have become part of the science workforce, with some being active in academic research and technical development.

However, the full potential of science in Hong Kong has yet to be explored. Shenzhen, the region’s closest neighbour in Mainland China, was a small town of some 30,000 people 40 years ago, but has now grown into a megacity of 18 million people, full of enthusiasm, energy and activity. The municipal revenue is mainly from its high tech industry. While the government of the Hong Kong Special Administrative Region wants to develop the city into a similarly knowledge-based metropolis, the reality is that it remains a largely business-oriented financial centre.

Much needs to be done in order to foster Hong Kong into a research and innovation hub. In comparison with Singapore and Shenzhen, the region’s R&D budget is rather small (relative to GDP) and needs to be greatly increased. New initiatives and schemes are required to fund more research programs and projects, and the government of Hong Kong should provide more support to research-based startup companies in terms of policy and finance.

If Hong Kong’s scientists embrace the proud local tradition of the ‘Lion Rock Spirit’ for innovation, the region can achieve a quantum jump into the next stage of its development; science will flourish and bear technological development as its fruit. The new knowledge generated from scientific research, and the new products derived from technical invention, will help incubate high-tech business sectors and sharpen the competitive edge of local industries. It would be great to have fundamental science, practical technology and commercial products all developed in Hong Kong – and see it continue to flourish as one of the world’s great cities.