Why citation is so important to chemistry 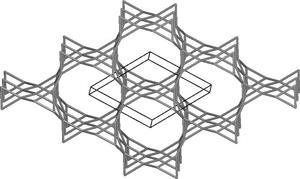 Today, routine quantum chemistry and physics is much easier than experiment. Ergo several hundred papers out there on hypothetical carbon allotropes. Clad verbally in every enhancer you can imagine, to be sure. The first of these being novelty. Yet roughly half of such structures, beautiful as they are, have been in the literature before. Unbeknownst to their authors; no malice at work, just laziness.

This is the sad outcome of a survey made by one of the authors of this comment (DMP), who, with able Russian co-workers, devised a computer age tool, SACADA, for collecting and comparing hypothetical carbon allotropes.

In a sage and entertaining romp of humanistic scholarship, On the shoulders of giants, Robert Merton traced the aphorism that sums up the importance of citation, ‘If I have seen further it is by standing on the shoulders of giants’, 800 years back to Bernard of Chartres, with a variety of writers and scientific luminaries along the way citing the wrong source, not citing any source, or trying to pass the comment off as their own wisdom.

Cite we do, cite we must. Paralleling an early list of reasons for citation by Eugene Garfield, we posit that we cite because:

1 Of the tradition of scholarship, to show that we are links in a chain of people who care and think. We value history; even as science has sealed a dangerous compact with the cult of the new.

2 It is simply useful to cite; others have given us tools and determinations, prior knowledge. Knowledge meant to be shared. References allow us to be concise. And to avoid duplication of prior work.

3 We wish to establish our professional credentials; part of that is the process is showing people that we know prior art in the field.

And, less tangibly, but no less importantly, we cite because:

4 Our own claim to novelty will convince only if it is based on a careful, balanced setting out of what is there before us. Citations help us negotiate the ‘anxiety of influence’, Harold Bloom’s wonderful phrase. We do worry about the originality of our creation.

5 Citations connect the world, our work and that of others. We become a community, across nations, across all that separates us. And …

6 Because of fairness. Such an old-fashioned criterion. But where would we be without it?

Perhaps another way to say it, brought to us by Mario Biagioli, and, in another way by Robert Merton – science is a commons; citations are user fees to take part in this wonderful economy.

In a longish essay in Angewandte Chemie with the same title as this comment,1 we expand on the reasons for citation and look at what our journals and professional societies have to say on the matter. We detail two cases of poor citation practice. And point out the obvious on good searching practice. Even give some preachy advice on what to do if, God forbid, you miss an important reference, and the slighted author points it out. 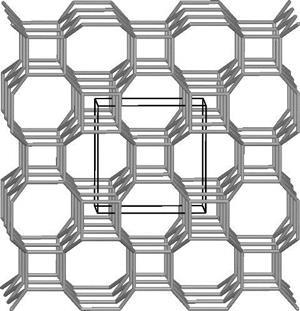 One of the cases of citation amnesia that we uncover centres on two nets – npo and crb.

The first of these, npo, was described in 2012, 2003, 1999, 1977 but eventually traces back to Heesh and Laves in 1933. The second, crb, was proposed in 1988, but was known and published by AF Wells in 1954. The story, in the end a tale of an infinitely sundered chain, is one whose intricacy has acquired in just three decades a complexity that took Merton’s aphorism eight centuries.

Not to be guilty of citation amnesia ourselves, our analysis of carbon networks builds on previous work by Proserpio and co-workers.2

Danger in the machine

How could it be, that in the time when ever more powerful computers can be set to the task, and the ingenious search engines and strategies of Google Scholar, SciFinder, the Web of Science, Scopus are available to most, that the process should fail, repeatedly so, and all those structures be claimed as novel that are in fact not such? Too easy to blame it on the deficiencies of instruction in the art of searching, no less something that has to be learned in the age of SciFinder than it was in the time of shelves of Chemical Abstracts. We speculate a more complex psychological factor, coming from human machine interactions, is at work: we see the power of computers – to calculate integrals, but also to order lists, to rearrange endnotes. We are lulled by all that machine efficiency, and forget that garbage in (our poorly formulated search phrases) means garbage out.

So computer power and search engines do not lead, in and of themselves, to appropriate citation practice. The story we slowly unearth of cited and uncited hypothetical carbon allotropes shows this.

We end on a positive note, affirming why we must work to cite correctly and fairly, with a quote from Robert Merton.

‘…the bibliographic note, the reference to a source, is not merely a grace note, affixed by way of erudite ornamentation. (That it can be so used, or abused, does not of course negate its core uses.) The reference serves both instrumental and symbolic functions in the transmission and enlargement of knowledge. Instrumentally, it tells us of work we may not have known before, some of which may hold further interest for us; symbolically, it registers in the enduring archives the intellectual property of the acknowledged source by providing a pellet of peer recognition of the knowledge claim, accepted or expressly rejected, that was made in that source.’3