The ego has landed

You’re so vain, you probably think this comment’s about you

I once knew someone who thought they were Isaac Newton. Not, fortunately, literally, but everyone probably knows a budding Newton, Galileo or Einstein: a scientist who confidently boasts of their intellect, maligns the feeble brainpower of others and dreams of muttering epoch-defining ‘Eppur si muove’ bon mots. 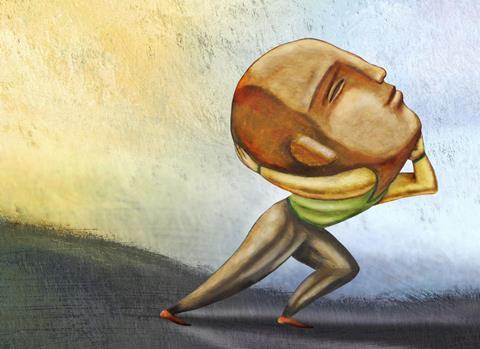 All of this, according to Swiss immunologist Bruno Lemaitre, is doing science no good at all. Speaking at a London conference in January, he bemoaned the rise of the individual – the media-groomed scientist personality who publishes in the top journals – warning that it ‘calls into question [science’s] very objectivity’. Problems spiralling from overripe egos include papers designed to gain attention rather than reproducibility, Lemaitre warned, and worsening gender biases due to women being less likely to put themselves forward.

Lemaitre is not quite a neutral observer when it comes to alleged egos. You may recognise the name given his dispute of the 2011 Nobel prize for medicine and physiology, in which he felt his supervisor Jules Hoffmann unfairly took credit for work he had done on toll receptors. That debate isn’t worth entering into; the issue of behaviour, however, is an intriguing one that’s worth keeping in mind.

Personally, I suspect Lemaitre is making a classic blunder: the difference between having an ego and being unpleasant. Drive, belief and confidence are positive traits; self-destructive attempts to be the misunderstood genius are not. Everyone has quirks of personality that aren’t beneficial – the trick is to manage them.

Networking is the lifeblood of any career, and nobody can survive without friends. The desire to become the next chemistry superstar is only cutthroat if you go about it the wrong way. The reality is that a little stardust is vital to provide role models. Certainly, it’s a shame papers have to compete for attention, but the quest to break new ground is one that drives many of the brightest minds in science.

It’s also vital to remember that nice guys (and girls) do not finish last. If I were asked to list the most supportive and unpretentious scientists I’ve encountered, Ben Feringa and Yuri Oganessian would certainly make the cut. They haven’t done too badly for themselves, have they?