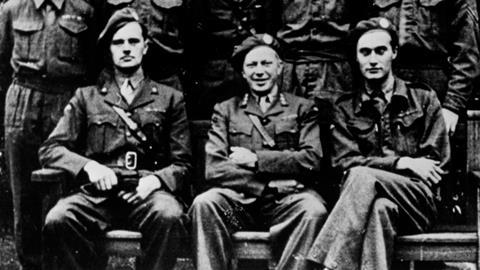 The chemist who ended Nazi attempts to make an atomic bomb

Leif Tronstad was once called the worst student ever accepted into the chemical engineering programme at the Norwegian University of Science and Technology (NTNU) in Trondheim. He turned out to be perhaps its most brilliant graduate. By the late 1920s, the young inorganic chemist used ellipsometry to show some metals had a thin, protective oxide layer. Today, it’s a standard technique in thin film chemistry and physics – at the time, it solved why some metals, contrary to their electrode potentials, will not corrode. But Tronstad’s name will forever be attached to something else: heavy water. 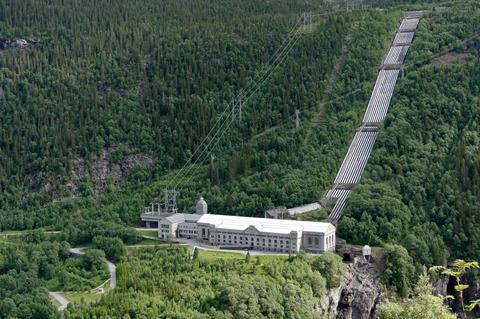 After Harold Urey discovered deuterium in 1931, Tronstad quickly realised that there would be both a use, and a market, for this exotic atom in several branches of science. But obtaining it was a tricky problem: only 0.01% of hydrogen atoms are deuterium. Pure samples were acquired through the production of heavy water, D2O, by water electrolysis: the slightly faster formation of H2 than HD and D2 concentrated heavy water in the sample, but initially the electricity cost was forbidding.1 Then Tronstad and Jomar Brun, the head of Norsk Hydro’s hydrogen electrolysis factory, came up with a commercially viable way of producing heavy water by using cascade electrolysis, powered by inexpensive Norwegian hydroelectric power.2 The duo arranged to set up a heavy water installation at the plant in Rjukan, close to Vemork in Telemark. It was one of Tronstad’s many interests in the Norwegian chemical industry, and might have been unremarkable if it had not been for the second world war.

In 1940, Germany invaded Norway. Tronstad, a dedicated patriot and officer in the Norwegian army reserves, joined the brief defence. As the Germans occupied his country and the armed forces surrendered, Tronstad took part in the hjemmefronten (home front) resistance, organising students and staff at NTNU. He was soon living dangerously. In September 1941, he narrowly escaped the Gestapo and fled to London, leaving his wife and two children behind. They corresponded throughout the war via various clandestine operations, but they would never meet again.

Tronstad kept abreast of military-related science developments, liaised with MI6 and even had time to go out nightclubbing with Vivien Leigh

The Norwegian government-in-exile and royal family had established themselves in London. Here, Tronstad found himself in the middle of enthusiastic patriotism, but also in a complex web of mistrust where everyone could have ulterior motives. The Norwegian cabinet did not trust the resistance; the resistance didn’t trust the Norwegian army; the Norwegian units in the Allied Special Operations Executive (SOE) didn’t trust their British officers. Tronstad was not above motives of his own. Nazi Germany was aiming to develop its own atomic bomb, and needed D2O from Rjukan to slow down neutrons and sustain a nuclear chain reaction. The Allies couldn’t let this happen and so planned to bomb the plant Tronstad had established, but he opposed the move, suspecting it would hand over a world monopoly of D2O to Imperial Chemical Industries after the war. As Tronstad said: ‘Blood is thicker even than heavy water!’ 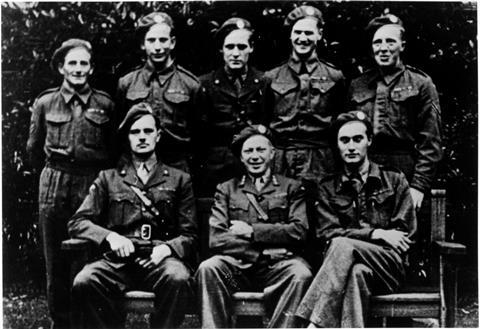 In the meantime, Tronstad’s diary (kept in secret throughout the war) records a chemist with an extraordinary life. He talked with ministers, met with the Norwegian king and crown prince, took night trains up to Scotland to sort things out between the Norwegian SOE troops and their officers, and undertook commando training. In between, he kept abreast of military-related science developments (always keen on getting Norwegians into the game), liaised with MI6 and even had time to go out nightclubbing with Vivien Leigh. He quickly advanced in rank, ultimately reaching major.

Eventually, Tronstad agreed to blow up his brainchild. In February 1943, SOE launched Operation Gunnerside, destroying the plant in arguably the most successful Allied sabotage action of the war. Tronstad was not allowed to participate, but took part in the planning (as did Brun). The story has been told many times – perhaps most famously in The heroes of Telemark, where Kirk Douglas plays a fictional amalgam of Tronstad and the leader of the Gunnerside team, Joachim Rønneberg (although, for unfathomable reasons, his character was a physicist).

Tronstad and fellow SOE officer John Skinner Wilson both received OBEs for the planning of Gunnerside, but Tronstad ached to get into action himself. One reason was probably a desire to share the dangers and hardships of the men and women of the Allied resistance movement, many of whom he had himself sent into action, and many of whom were lost in action or killed at the hands of collaborators or the Gestapo.

In October 1944, he finally got his chance as part of Operation Sunshine. He was parachuted onto the Hardangervidda mountain plateau, where important industry and infrastructure in southern Norway had to be protected against sabotage by retreating German troops. It was right up Tronstad’s alley – his interest in industry and still-existing professional network made him the ideal commander. But disaster struck. In March 1945, a month before the German surrender in Norway, Tronstad was questioning a Norwegian collaborator in a remote hut when the man’s armed brother turned up. In the ensuing firefight Tronstad and fellow SOE officer Gunnar Syverstad were killed.

Tronstad was 41. He was probably ‘the greatest post-war leader Norway didn’t have’.

This article is partly based on the excellent biography (in Norwegian) Professor Tronstads Krig by Olav Njølstad. I am in debt to Susan Williams of the University of London, UK, for discussions and assistance with obtaining SOE files.