Your views on our Brexit coverage and drawing pictures of scientists

I read with interest Kit Chapman’s careers leader asking us to draw a scientist. I know as chemists we have a long way to go to dispel the myth of goggles or glasses, funny hair and lab coats. 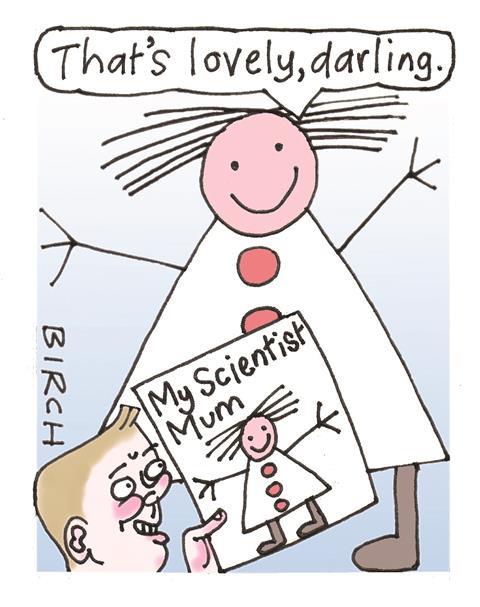 For some time (over 30 years), I have used the ‘draw a scientist test’ with pupils in schools to try to get them to think about gender. Although Chapman was careful to use the phrase ‘guy or girl’ in his comment, analysis of these drawings (I have quite a collection) show that pupils very rarely draw a woman. Indeed, the whole point of my use of the exercise is to prove to those involved that scientists are nearly always seen as men! Even my female science PGCE (postgraduate certificate in education students) draw men. We have a long way to go to dispel a range of myths and must do anything we can, which is why the current focus on outreach work is so important.

Andrea Sella gave us a glimpse into the brief life of potential Nobel laureate Henry Moseley, whose ability and scientific skills would surely have led to global recognition. The article was beautifully scripted, with a detailed description of the apparatus which led to a reason for the element sequence in the chemist’s periodic table… and all this achieved in under four years.

Rare earth specialist Georges Urbain was amazed that, in a day, Moseley identified the elements present in a rare earth mixture which he had taken a decade to analyse. This is only one of several extant tributes about Moseley following his death.

Moseley was born in November 1887. This month at a year’s end means that he was only three when his father died and 27 when killed – hence both these ages are one less than the article stated. However, a much more important error was the incorrect date for his death in 1915. It was 10 August not June; just four days after he had landed on the Gallipoli peninsula. Last autumn, I found the grave where, very probably, he is buried. This was a very special discovery to enrich my research into his life.

Editor: Apologies for this oversight. Moseley’s contribution to science was phenomenal – so much so that there were calls to name an element after him.

I read last month’s editorial on Brexit with some concern. I felt it was rather presumptuous to suggest that the majority of scientists (including, I assume, all those in research, education and with a ‘science’ degree who have taken alternative career pathways) voted to remain in the EU. What evidence do you have for this? The vast majority of my contacts voted to leave.

Although there are many grants from the EU to British research institutions, this is only a small part of the funds that the UK pays each year into the coffers of the EU. Brexit means that the UK can decide on its own priorities for its distribution (with an excess remaining) and have the decision of who to allow into the country. Brexit does not prevent migration, it merely allows the UK to control it and not have to grant access to any EU citizen, regardless of their job prospects, education or previous criminal convictions. The UK can still allow entry to people with the skills needed to fill our vacancies.

Increasing the UK population by 1 million every three years (predicted to continue for the next 20 years at least) causes a huge strain on infrastructure such housing, education and the NHS. EU migrants make up at least half this figure.

I would hope that a more balanced approach would be taken in respecting the wishes of the majority of the UK population. Let us grasp this opportunity with optimism not pessimism.

After reading the editorial on the outcome of the Brexit vote, it was interesting to reflect on the message on demographics when reading the numerous articles following it. These focused almost exclusively on the consequences for academic research, with some coverage of the impact on teaching and the inflow of potential undergraduates. The consequences for small and medium-sized enterprises, larger business and innovators in the chemistry sector were essentially unaddressed. Of course, there are issues common to industry and academia, but discussions I have had with businesses and their representatives have concentrated on access to the single market and the free-flow of skilled labour, with access to research (and development and innovation) funding further down the list.

It seems likely to me that the articles reflect briefing from the editorial team, which leads me to conclude that you have asked them to focus on your core demographic and readership – clearly the UK academic community. As part of your non-core community I wonder what’s in Chemistry World (and the RSC) for me. I had been considering writing a letter on the matter of the strong academic focus of Chemistry World for some time with a list of examples, which I’ll spare you in the interests of brevity.

Editor: We tried to address Brexit through as many voices and viewpoints as possible. This included extensive coverage before the referendum in our June issue, in which we invited voices on both sides of the campaign to contribute.

We devoted a page to the implications of Brexit for regulation and legislation in the August issue – as well as offering some incisive comment from our business editor.

We value our readers from the chemical industry and we know how important business news is to all our readers. As the process continues, rest assured it is our goal to provide a balance of Brexit coverage on the issues that matter to our readership.