With the climate change problem increasing by the day, the apparent lack of urgency exemplified by the European Union’s renewable energy programme (Chemistry World, December 2010, p8), with the ’first allocations of funding in the second half of 2012’ is surely disturbing. The longer we delay, the more the ’catch-up’ needed!

Paul Docherty’s Totally synthetic  pages (see for example this issue, p32) are very striking, showing that the power of modern organic chemistry has left my old-time knowledge far behind - especially the wonderful use of exotic catalysts!

But could he please let readers know whence and when came these fascinating natural products? The chemistry is grand, but usually there is no background to ’put them on the map’.

On other matters - in the feature on cocktail chemistry (Chemistry World, December 2010, p34), substituting eggs for powdered egg white does NOT get around the problem of salmonella contamination in a ’Ramos gin fizz’ (p36); surely the substitution is the reverse - the eggs are substituted/replaced by the egg white?

I wonder where David Jones found his receipt for his composition for Walker’s Friction lights (Chemistry World, December 2010, p72). In my copy of Martin’s Industrial chemistry, Inorganic Vol 2, (1917 edition) which I inherited from my father, also a chemist, and which I read from cover to cover in my early teens, there are formulae quoted from E J Clayton, Proc.Chem. Soc., 1911, XXVII, 229. These also contain sulfur and ferric oxide, but not powdered glass. If he has not already seen this reference he might care to do so.

I also tried to reproduce Walker’s lights and I believe I did get some of them to splutter into flame. I cannot remember what formula I used but it did not contain powdered glass, which in any quantity I imagine would inhibit the intimate mixing of the combustible matter. The antimony sulfide was the black variety, probably stibnite.

Ed: This letter inspired David Jones to look up further early patents and recipes for matches, and he agrees that some early matches did not contain phosphorus after all (Jones hypothesised, in his Last retort article, that P had been incorrectly omitted from the recipe for Walker’s matches). Although pleased that Close managed to strike a match successfully, it looks as though the recipe wasn’t always successful.

The challenge of inventing TV demonstrations of the matches caused problems for Jones. ’Television presenters are chosen for personality and not for technical skill,’ he writes. ’I learnt to give them things that were technically very simple, and that worked every time. A demonstration which cannot be made to work reliably or (like those matches) even at all, is useless for TV.’ Nevertheless, Jones tells us he has written to Dr Close to admit that his failure to get Dr Walker’s matches to strike may reflect on him and not on Walker. 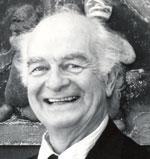 When considering great heroes of chemistry (Chemistry World, January 2011, p41), there’s no competition: it has to be Linus Pauling, a great scientist and a great human being. He received a Nobel prize for chemistry and also for peace.

How many of us read The nature of the chemical bond?  As fundamental to our first understanding of chemistry as was his interpretation of the hybridisation of atomic orbitals.

If he had had Rosalind Franklin’s excellent x-ray diffraction images, it might have been Linus Pauling not Crick and Watson in the history books!

He was a long time peace activist and was associated with Einstein and Bertrand Russell in their opposition to atomic weapons. His petition to the US Government with its concerns about atomic fall-out helped to bring about an end to above ground testing (AGT) in 1955. He carried on this work despite much opprobrium from his peers.

In the article ’Arsenic sustains microorganism life’ (Chemistry World, January 2011, p23) it is said that ’Organisms that chemically alter arsenic compounds are known but until now those that use arsenic to grow were unheard of’. I suggest that an earlier candidate may be the microorganism MIT-13 which was reported to thrive on arsenic by reducing arsenic(v) to arsenic (iii) to gain energy for growth (see the journal ChemTech, May 1995). In this way it differed from microorganisms that may merely tolerate arsenic, such as moulds which were said to form arsenic trihydride from the copper arsenate pigment in some Victorian wallpapers thus posing a significant domestic hazard.

Later in Mike Brown’s article he reported speculation that such microorganisms may help deal with arsenic-contaminated drinking water. This is not, perhaps, a total novelty as the fern Pteris vittata  has been mooted for the remediation of arsenic-containing soils (Chemical & Engineering News, 5 February 2001, page 26).

However, replacement of phosphorus by arsenic in DNA is certainly a fundamental facet of a bacterium’s metabolism.

The medicine may be in the wine bottle (Chemistry World, January 2011, p32), but it doesn’t necessarily follow that it will work. As I explain to the students taking my drug discovery course at Nottingham University, biological activity in vitro is not enough, as many potential medicines never make it to market owing to poor absorption, low bioavailability or short half-life. Consequently, the statement that a single glass of red wine contains bioactivity equal to several daily doses of an anti-diabetic drug may be true in vitro, but completely misleading. To inform myself as much as anything, I looked up some data on rosiglitazone and epicatechin gallate. Rosiglitazone has physicochemical and pharmacokinetic properties commensurate with a successful commercial medicine (MW 357, LogP = 2.4, H-bond donors 1, H-bond acceptors 6, clearance 0.04l/kg/h, plasma t ? 4h, oral bioavailability 99 per cent).1 I was unable to obtain the same level of detail for epicatechin gallate; however, oral bioavailability is undoubtedly very low (? 1 per cent),2 owing to poor absorption (likely with MW 430, cLogP = 2.67, H-bond donors 7, H-bond acceptors 10)3 and/or extensive metabolism. I should not wish to discourage the intake of a glass (or two) of red wine, but Chemistry World  readers should be informed that the dose should probably be 10-100 litres in order to have the same anti-diabetic effect as rosiglitazone in vivo.  [Ed: Which might have other less desirable effects, see below]