Light in the lab

Derek Lowe asks: Why don’t we use photochemistry more often?

We organic chemists do terrible things to our molecules. In our efforts to transform them into something useful, we isolate tiny volumes of space from the rest of the universe (by enclosing them in glass, usually), and inside those flasks we create all kinds of bizarre conditions. We cool things down by a hundred degrees to use reagents that otherwise would fall apart (or rip everything to shreds). But, when we need to, we cheerfully go in the other direction and keep heating until something happens. (And, given enough heating, something will happen!)
All through these changes, we’re dumping in exotic combinations of all sorts of reagents in tricky combinations, in our attempts to cajole or just plain force our starting materials to do what we want them to.

What if we didn’t have to be so crude about it? How about dissolving the starting materials up in a flask, shining a light into the mixture and coming back later to find it transformed into your product? That’s photochemistry, and even experienced organic chemists can find it a bit of a mystical process after exploring lithium, magnesium, boron, bromine and the rest of the periodic table short of those radioactive rows.

There are complications, naturally, otherwise everyone’s lab would look like a spotlit showroom. Many synthetic chemists go through a photochemistry phase in their careers, after using some specific light-induced transformation and being amazed at how well it worked. ‘Why don’t I do more of these?’ they think, but when they try to extend the chemistry, they realise why it hasn’t taken off. It may look simple from the outside, but mechanistically, photoreactions are quite complex. Tiny changes in the structures of the starting materials can send them off into completely different areas. Many reactions need to be rigorously purged of oxygen to work, and the wavelengths of the light used (or the sensitisers used to absorb it, in a catalysed reaction) cause profound differences. Enthusiastic new practitioners soon find that blithely shining a light on a clear solution will more often than not turn it into a dark brew fit for the waste container. 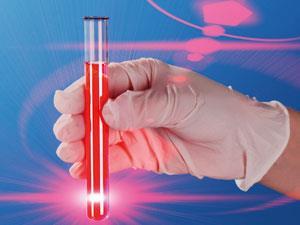 But photochemistry has never gone away, and recent years have seen a number of interesting new reactions and catalysts developed. Winning the hearts of the bench chemists will be the first challenge for these new techniques, but if enough transformations that can’t be done any other way are developed, people will be tempted enough to at least try them. Beyond that, though, is a much harder group to persuade: the process and scale-up chemists. These people have always had a strong argument against photochemistry: ‘You can’t run it on scale.’ Propose a photochemical step on the kilo scale, and you’ll see everyone immediately scramble to find something else.

They have a point. There are industrial photochemical processes, with vitamin D synthesis being the classic example in the fine chemical field, and light is often used to initiate polymerisation reactions for coatings. It’s still considered a speciality technique, though. For organic synthesis, there’s a physical problem standing in the way. All that light generally gets absorbed by only the thin outer layer of the solution it’s aimed at, and while that’s fine in a small, well-stirred flask, it’s a major problem in a large one. But the same objections apply to heating and cooling larger vessels, and scale-up labs have found ways around that problem.

The answer for photochemistry might well be flow apparatus. Several papers have appeared showing large rate increases when photoreactions are illuminated while being pumped through long, thin coils of transparent tubing. Photons don’t get wasted, and products move out of the reaction zone before they have a chance to do something undesirable. Flow chemistry has been coming up in the world for some time and has some real advantages for scale-up work. It does require some rethinking, not to mention some re-engineering, so asking people to take on two new technologies at once might be asking too much. As flow chemistry becomes more mainstream, though, it might just carry photochemistry along with it.