There are, sadly, all too many examples of fraudulent papers in the scientific literature. After looking over several recently, there are some things about these papers (and their authors) that I can understand quite well, and a few that are completely alien. 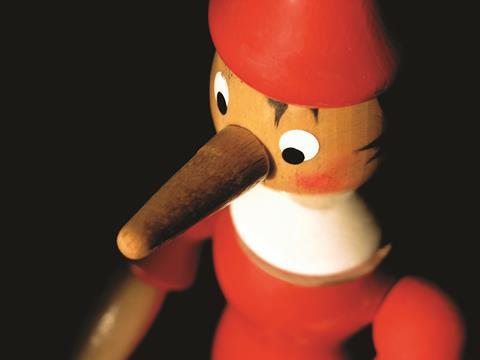 Those reactions track well with the different varieties of fraud. Perhaps most common are the papers whose figures or data have been ‘beautified’. Sometimes this is done with a careful and all-too-practiced hand, and sometimes with the digital equivalent of a Paleolithic hand axe, but the intent in every case is to tell a better story than the actual data will allow. This sort of falsehood has no place in the literature, and those who perpetrate it have to face the consequences, but it’s at least behavior that we’ve all seen before. You may well know someone whose life is a mess but whose social media facade tells a story of happy perfection, or someone who spends money (in public, anyway) as if they have five times their actual income.

A subset of such embellished papers involves a situation that’s also uncomfortably easy to imagine. Someone (likely as not a junior researcher) faked up key results because they were just sure that things were about to work, anyway. The initial fakery would never be detected after the ‘real’ results came through, and all would be well. Of course, what happens is that the real results never do come through, and the fakery takes on a horrible life of its own as it becomes all that’s left. The key lesson is to never, ever make that first mistake. You’d think that this would be obvious enough, but this sort of thing happens again and again.

But then there are the top-to-bottom fakes, which are (one hopes) relatively rare. Interestingly, the people who produce such things tend to produce quite a few of them, often with a high profile. And this is where my imagination fails me. What to make of a Jan Hendrik Schön, the physicist who faked his way through a series of attention-getting papers in high-profile journals? Or a Diederik Stapel, the Dutch social psychologist who spent his entire career turning out dozens of fraudulent publications? The reaction of any normal person is bafflement: what could they have been thinking?

This sort of thing enlarges our view of what people are capable of, and not in an inspiring way. They can be compared to the famous examples from the world of finance: a Bernie Madoff coming to work every morning for years, working to make sure that the entire gigantic edifice of fraud gets to the end of the day without coming down on his head. And coming back the next day to do it again. How can you publish interesting, groundbreaking papers when you know that you’re making everything up? And that people will surely be trying to reproduce your results? Fakery in the lowest-end journals is barely detected, because all too often no one cares if the papers are right or wrong to start with, and no one will ever have occasion to check. That is, in fact, what the authors of such junk are counting on. But when your paper is the featured article that’s piling up citations and downloads as soon as it’s published? What refuge then?

This becomes a problem of psychology. The Bernie Madoffs of the world are willing to live inside a contorted lie in exchange for money. The Jan Hendrik Schöns and Diederik Stapels will do the same for a bit of money and another currency: academic prestige. They must also be willing to put off thoughts of discovery and disgrace to live in the moment, to collect their rewards, and to sit down each morning to fake yet another chapter in their careers. Is that how it works? I have had to learn lots of difficult subjects over the years, and I tend to think that I can grasp whatever I need to – given enough time, study, and motivation. But not this. Fraud on this scale is a black book that I never want to open, written in letters that I hope that I will never be able to read.