The technology to plug the UK's energy gap is already here, says Jeff Hardy. But where is the political will?

The technology to plug the UK’s energy gap is already here, says Jeff Hardy. But where is the political will?

If you were told to make do with 30 per cent less electricity do you think you could? This may be what the UK has to do by 2025 if it is to fill the hole left by the closure of its ageing nuclear and coal power stations. 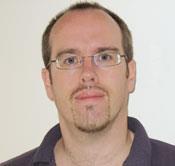 While a 30 per cent hole in electricity capacity seems daunting, it should be seen as a huge opportunity for technology and efficiency. In fact, the European Common Energy Policy is optimistic and believes we can improve energy efficiency 20 per cent by 2020. That sort of reduction in the UK’s energy demand would certainly make the energy gap look a lot smaller in 2025.

However, I am not at all confident that the UK will succeed. And not because the technologies and practices for meeting our needs in a clean, affordable and secure manner are not available - they are already here. What is missing is the political will to put in place the carrot and stick measures that will lead to their adoption.

The UK’s track record to date is not good. Of the homes that could be insulated, only 40 per cent actually are - despite a grant scheme being in operation and a rapid payback on investment. Compare that with Germany’s building regulations which mean that if a householder replaces more than a fifth of any part of their house - a window, for example - it has to be done in line with the latest energy efficiency requirements for new build. Or Spain, where all new homes must generate at least 30 per cent of their hot water using solar thermal energy.

Meanwhile, in the UK, inefficient white goods can still be bought in stores and standby mode comes as standard. While the country’s love affair with the incandescent light bulb shows no sign of ending, Australia is to phase them out within three years.

Science has produced very efficient and affordable devices but consumers in the UK are not using them.

The UK is also failing to invest in the efficient, low carbon technologies that it will need to secure clean, affordable and secure energy in the future. I’m fed up hearing that the UK has the best potential resource for wind, wave and tidal energy in Europe. If this is the case why are is the UK not leading the world in these technologies?

Opportunities are being missed. There is a disconnect between possibility and progress and this must be because the right incentives are lacking.

It is obvious that to fill the energy gap we will need a mix of low-carbon technologies. For centralised power generation the development of carbon capture and storage technology is key, as it seems that our reliance on coal and gas is here to stay for the foreseeable future. Nuclear power, as we have heard, is back on the agenda with a vengeance and yet the spectre of nuclear waste still hangs over this. 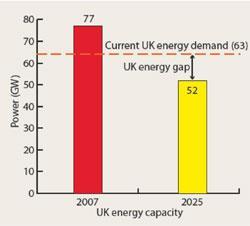 Before and after power station closures

Another possibility is decentralised power. And here Woking borough council has demonstrated what can happen in the UK when politics and technology line up and push together.

Developed as part of its climate change strategy, Woking has a network of 13 combined heat and power (CHP) plants, almost 10 per cent of the UK installed photovoltaic capacity and its first commercially operated hydrogen CHP plant. This initiative has reduced the council’s energy consumption by 49 per cent and its carbon dioxide emissions by 77 per cent. This was achieved, with grit and determination, through Government schemes and demonstrates what is possible when local authorities and people are empowered to make their own decisions.

Of course, there are a number of exciting energy technologies in the pipeline including advanced photovoltaic devices, artificial photosynthesis, hydrogen fuel cells and nuclear fusion. All of these need continued support in order to provide options for a low-carbon future but it is important that we are not swept away on a wave of what might be possible around the technological corner. The UK can fill its energy gap with technologies that are ready today.

Jeff Hardy is manager of the RSC’s Environment, Sustainability and Energy Forum