Inequality is a thorny issue. There is widespread unease that our world is growing less fair; some have means and mobility, while for others life’s odds are stacked heavily against them. The focus is often financial (household incomes in the UK have a Boltzmann-like distribution), but inequality of opportunity also has an undesirable, but less quantifiable, consequence: the waste of intellect that stems from reducing the talent pool. Agnes Pockels is an example of one whose contribution was almost lost to us. 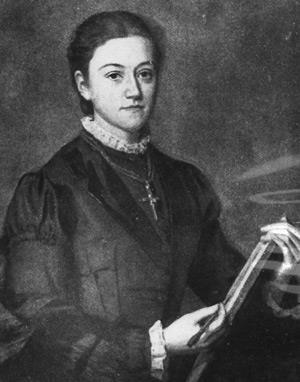 Pockels was born in Vicenza in what is today Italy. But at that time it belonged to the Austro-Hungarian empire, which her father served as an army officer. On his retirement in 1871, the family returned to his home town of Brunswick in Germany, where Agnes attended the Municipal Girls School. To her frustration, science was not part of the curriculum. By contrast, her younger brother Fritz learned mathematics, chemistry and physics; Agnes had to content herself with his textbooks.

In 1883, Fritz began a physics degree at the local technical university. He moved to Göttingen to study for a PhD with Waldemar Voigt (who coined the word ‘tensor’), and discovered the Pockels electro-optic effect: in an electric field, certain crystals will rotate the plane of polarisation of light as it passes through them. The effect is used today in ultra-fast shutters and the Q-switches that create very short, high-intensity laser pulses to study chemical kinetics or quantum encryption. Fritz would become professor of physics at Heidelberg.

Agnes, meanwhile, stayed at home to care for her ageing parents. But she continued her second-hand education through Fritz’s books and with copies of the Naturwissentschaftliche Rundschau, the German equivalent of New Scientist.

The sibling study sessions in the kitchen eventually evolved into a citizen science project, as Pockels began to investigate surface tension. Even today, the effect of a drop of dish detergent on a bowl of greasy water is quite astonishing – as the drop hits, the grease is almost miraculously driven across the surface; the force can even propel small boats.

She needed a way to measure water’s tension. In a rectangular tray filled to the brim with water, she used a simple balance to determine the force required to detach a small wooden disk from the surface of the water, a value that Ludwig Wilhelmy (1812–1864) had shown was in direct proportion to the surface tension. Next, she divided the trough by placing a thin strip of tin across the liquid’s surface. She soon found that adding oil or alcohol on one side of the partition changed the surface tension as she moved the partition to extend the surface on that side. Beyond a certain point, the surface tension would become constant, but could be returned to its original ‘anomalous’ condition by sliding the partition back.

She also found that the damping of waves depended on the degree of contamination of the surface (which she could control with her sliding partition). Further experiments with wax and camphor led her to observe surface currents produced by these contaminants. Pockels needed someone to share her observations with, but without formal qualifications, the academic doors were closed.

Then in 1891, the Rundschau reported on a publication in Nature by the English physicist Lord Rayleigh on the damping of oscillations on the surface of water. Pockels seized her chance and wrote him a letter: ‘Will you kindly excuse my venturing to trouble you with a German letter on a scientific subject … For various reasons I am not in a position to publish my observations in scientific periodicals.’ She went on to describe her apparatus and results. 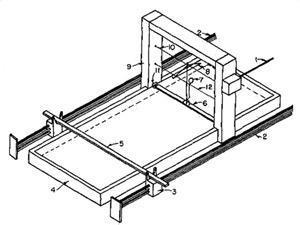 The Langmuirâ€“Blodgett trough owes its existence to Pockels' early work

Rayleigh immediately forwarded her letter to Nature saying that ‘with very homely appliances [a German lady] has arrived at valuable results concerning the behaviour of contaminated water surfaces’.

Though it was a personal triumph for Pockels, it made little difference to her circumstances. ‘Like a soldier,’ she would recall, ‘I stand firm at my post caring for my aged parents.’ When she found time, she did more experiments and published two more letters in Nature and, with her brother’s support, several papers in German journals. But although Wilhelm Ostwald published her memoir in 1932, her name fell into oblivion.

Her original letter had a made a splash, however. In 1917, the polymath head of research at General Electric (GE), Irving Langmuir, began using Pockels’ approach for his exquisitely simple studies of oil films. He proved the existence of a monolayer of elongated molecules sitting on the surface. Later, he and Katherine Blodgett, GE’s first female scientist, adapted Wilhelmy’s technique for measuring the surface tension to withdraw monolayers from the surface one at a time onto a substrate. Today, their improved Langmuir–Blodgett trough is the starting point for the deliberate construction of self-assembled structures.

Imagine what more Pockels might have achieved, given a chance to study and pursue a career of her own. And how many more minds have been lost to us altogether? To let even one in a hundred slip by seems a criminal waste.