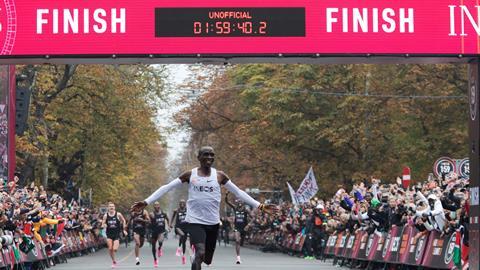 Why is priority so important?

We have a thirst for firsts. The first person to achieve something gets their place in history, and competing to be first is a powerful motivator – even when the goal is effectively arbitrary. In October, Eliud Kipchoge (unofficially) became the first person to run a marathon in under two hours. It was an incredible feat of endurance, but Kipchoge’s official record set in 2018 is 2:01:39, and from where I sit, 7299 seconds is no less impressive than 7200 seconds. Still, such symbolic firsts inspire intense competition and they are just as seductive to scientists as they are to sportspeople.

As we reported recently, scientists are now very near to making the first room temperature superconductor, with a lanthanum hydride’s –13°C transition temperature coming tantalisingly close. In this particular room, the thermostat sits just north of 0°C, which is a little wintry for most but it’s a good deal warmer than the liquid nitrogen temperatures needed by cuprate ceramics that were the previous best in class.

Yet hitting ‘room temperature’ won’t herald the dawn of widespread superconducting technology. Yes, the temperature is more readily achievable, but practicality is still a long way off when the materials also have to be crushed under a million atmospheres of pressure. So this will be a far more symbolic than scientific effort. As Mikhail Eremets – one of the researchers hoping to break the barrier – told Nature, the target has no real physical meaning. However, it is ‘enormously important psychologically’.

The race to make the first room temperature superconductor shows how human behaviour influences scientific progress. Getting a superconductor over this psychological threshold may be pretty incremental; it’s well within reach and we know how we’ll make up the difference. But it represents decades of work – the lifetime of an entire field – and will make headlines around the world. There may even be a Nobel in it for the discoverers. All of which is spurring on the few groups working in the field to claim the prize – any of them could be the first to get there… and only one of them will. In the science economy, that priority carries a significant premium.

Yet while competition for first place is the lifeblood of athletics and sports, in science it can come with damaging consequences. In an editorial for Infection and Immunity in 2015, Ferric Fang and Arturo Casadevall argued that this competitive drive for priority does science far more harm than good – it leads to wasted effort, it stifles creativity, breeds secrecy and creates a hostile environment for young scientists, especially young women. Just look at our history.

As the International Year of the Periodic Table draws to a close, and we reflect on a year of celebration, we should also note what the table teaches us about our culture. Scratch the table’s surface just about anywhere and you’ll find an argument about who deserves the credit lurking underneath; the table is littered with priority disputes and our obsession with the idea of individual genius. Today, a handful of teams around the world compete to be the first to synthesise the next element, and for the right to name it, which will very likely honour an individual person or nation. The table is science’s culture in microcosm; every inch of it is covered in our motivations, like smudgy fingerprints.

So how do we address this fixation with firsts, when it is so embedded in our culture? It seems fanciful to think we can just forget about them – pushing back the frontiers means someone has to be at the front. Perhaps we can instead broaden the scope of that culture to include other motivations – altruism, charity and curiosity, for example – so that these are more apparent in the way we carry out and celebrate science. The problem with focusing only on firsts is that it pushes everyone else into last.