Question what you 'know'

Challenging unconscious bias can be fruitful in research

There’s a saying that gets attributed to all sorts of people (Mark Twain and Oscar Wilde have both picked up a thick coating of these) to the effect that it’s not what you don’t know that hurts you, it’s the things that you think you know that just aren’t true. There’s a lot to that. I know that I occasionally stumble into a pit of ignorance about some useful topic where I thought I was on solid ground. 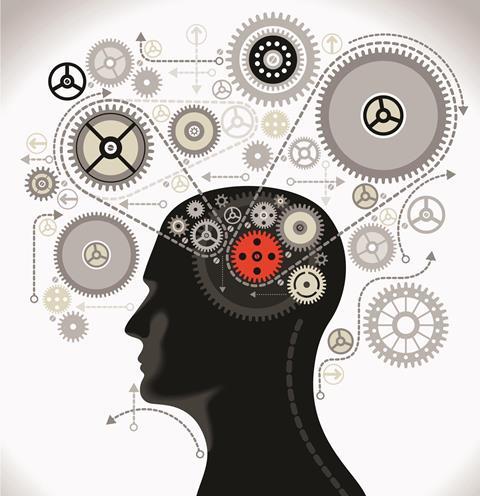 This habit of mind is part of a larger one: the tendency not only to be unaware of the falsehoods that we carry around with us, but to be unaware of the limits of our views as a whole. Everyone has unconscious biases based on their own training and experience. I know that in medicinal chemistry there must be things that I don’t even bother to think about, which could be just as fruitful as the ones that I devote time to. Perhaps even more so – some days, certainly more so.

Take metal complexes, for example. Medicinal chemists don’t make much use of the metallic (and near-metallic) elements, and some of that is for good reason, of course. I don’t think there’s going to be much of a market for thallium- or lead-based drug candidates any time soon. But boron, silicon and others surely have potential that has gone unrealised over the years. You can find the occasional drug candidate, even the occasional drug, with such elements in them. However, I can’t help but think that unbiased work would have discovered more. People look askance, though, when such a thing is suggested (and I’m being broad-minded enough to include upper management in that category). No one ever got in much trouble for failing to submit any silicon-containing drug candidates, but I’m pretty sure that people have taken some heat for proposing them.

The entire fragment-based drug discovery concept is another example of this. At one time, a proposal to take a compound that weighed 200 daltons, with high-micromolar potency, and optimising it into a clinical candidate would have seemed ridiculous. Everyone ‘knew’ that such compounds were junk, until we recognised that they could actually be valuable.

So where are the other areas where what we know just isn’t so, or where we don’t even realise that we know nothing? A glance at the structures of the best-selling drugs can be instructive. There are functional groups and whole structures therein that most people might raise an eyebrow at – if not for the fact that the compounds are out there selling for hundreds of millions of dollars and euros. More broadly, my guess is that we’re going to be exploring more and more high-molecular-weight compounds in the years to come, to address targets that don’t seem to respond to anything less. I don’t doubt that chances for success get lower as you head up into these regions, but how much lower and in what ways? It’s not like we’ve explored these things very much; people have avoided them partly because other people have avoided them.

Fear of the unknown in medicinal chemistry (and in chemistry and in science in general) is perfectly rational. There are, after all, far more incorrect ideas than there are correct ones. The irrational thing, though, would be to totally avoid breaking new ground, since that’s the only way any of our fields actually advance. I think that we would all do well to try, deliberately, to make ourselves uncomfortable every so often. Medicinal chemists, for example, should make and test some molecules that are outside their usual range of experience – perhaps 10% of a year’s worth of work would be a good target.

I’m not suggesting a run of organomercury derivatives, although those surely are underrepresented in the screening collection. You don’t have to plunge into areas that are absolutely known to be toxic or troublesome, just into the ones that aren’t known much one way or another. Take an honest look and see which category you’re dealing with: some of the things you think you know are bad are actually good ideas you haven’t had yet.