Is Derek Lowe troubled by his failure to develop a compound that has made it to the pharmacy shelf? 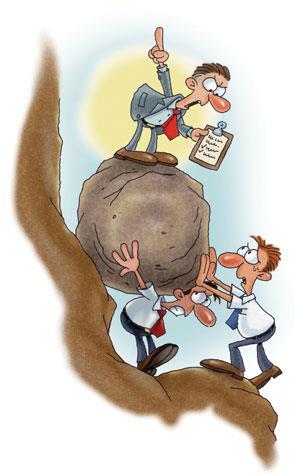 If we define success as discovering a drug, then I’m coming up on 25 years of no success whatsoever

That’s not such a bad question, either. Most jobs, it’s safe to say, do not involve multiple overlapping 90% failure rates. If you add them all up, things get pretty impressive. We can synthesise most of the compounds we can think up (although not all of them). And a good number of the reactions we set up to make them work, more or less, although nowhere near all of them. But on the larger scale, a lot of preclinical projects don’t even get off the ground, and many that do still never deliver anything to the development groups. Even when that happens, although you might well be celebrating, you still have a nice, solid 90% failure rate in the clinic to contend with.

Personally, I’ve never yet worked on anything that’s made it all the way to the pharmacy shelves, and there are many others who can say the same. My usual comment on this is to tell people that I’m part of the reason that prescription drugs cost so much, which is only partially a joke, when you think about it. So if we define success as discovering a drug, then I’m coming up on 25 years of no success whatsoever.

Fortunately, that’s not how I look at it, nor do other medicinal chemists. We all realise how seldom drugs are actually found, and what the odds are that we’ll be the ones to find them. So the short answer to the ‘how do you stand it?’ query is that we have to define success differently, and not get too upset about the things that are outside our control. The Stoic philosopher Epictetus advised just that attitude some 1900 years ago. He might have made a good medicinal chemist, although I doubt if he would get along with upper management very well.

Medicinal chemists, by hard work and hard thinking, can produce more potent and more selective compounds with better properties in vivo. We should value those achievements, because they aren’t easy. Whether such compounds are actually going to be drugs, though, is almost always out of our hands. The biological pathways we’re targeting are not well enough understood to guarantee efficacy. This is proven constantly. And we don’t know enough about toxicology to guarantee safety, either. Every toxicology study and clinical trial is a stab in the dark, and we have to be ready for our well thought out compounds to do pretty much anything.

Now, this attitude might well be the result of selection bias. That is, those of us who have been at this for years are still going because we’ve been able to come to terms with things, while those who couldn’t have left. There’s something to that – I’ve known some chemists over the years who found it hard to take, watching their best ideas take a beating at the hands of a bunch of cells in a dish or mice in metabolic cages. The ones who felt it most keenly end up finding something else to do, and I can’t really blame them – if I thought the assay numbers were belittling my worth as a scientist (or as a human being!), I’d leave, too. But I don’t.

I think that another, deeper problem also drives some medicinal chemists to rethink their work. The line of thinking that I advanced above leads, inevitably, to the conclusion that chemistry, in the drug business, is merely a means to an end. It’s a tool. We use organic chemistry because we don’t know any other way to make most drugs. If someone were to find an easier, cheaper way to do it, every company would switch to that (and believe me, several attempts have been made over the years). If you come into industry convinced that organic synthesis is the pinnacle of human knowledge, these may not be welcome conclusions. A clearer idea of what medicinal chemistry is and what it can accomplish gives you a better chance to extend the range of both of those definitions.