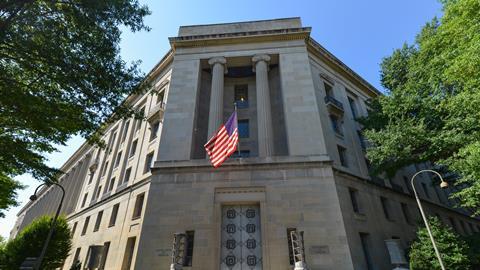 Science suffers when the DOJ profiles scientists with ties to China

Scientists working in the United States who have familial or scientific ties to China are increasingly concerned that they’ll be caught up in the US government’s imprecise effort to root out researchers stealing scientific secrets for the Chinese government.

The US Department of Justice’s China Initiative, launched in 2018, has indeed nabbed a few genuinely bad actors, but it has also netted scientists who’ve evidently done nothing wrong or simply made paperwork mistakes that could have been prevented by proper training and oversight.

Federal agencies that fund science need to be honest with the scientific community about what is and isn’t a legitimate threat, and they need to be transparent about how they make those determinations. Furthermore, funding agencies have a responsibility to train scientists in grant-funded positions to accurately report potential conflicts of interest and other funding sources.

Chinese students and scientists contribute enormously to the American scientific enterprise by conducting research at universities and by filling the unmet need for Stem labour in the US. For example, about one third of the almost 1.1 million international students who come to the US to study every year are Chinese international students. And, historically, American scientists have been encouraged to collaborate with institutions in China and even participate in foreign talent-recruitment programmes, in which governments compensate scientists for bringing their knowledge and expertise to their countries.

But, since the DOJ’s China Initiative began, the scientific community has been in a muddled space with unclear policies and rules governing international collaboration.

The initiative launched on the heels of a White House report that made the case that China is aggressively acquiring technology and intellectual property from other countries, including the US. The report paints Chinese nationals working in the US as national security threats and says that China is placing ‘non-traditional information collectors at US universities, national laboratories, and other centers of innovation’.

Since then, the FBI, with the help of the National Institutes of Health (NIH), the National Science Foundation (NSF) and the US Department of Energy (DOE), has been investigating scientists affiliated with Chinese institutions or universities – with mixed results.

The US government’s case against Feng ‘Franklin’ Tao is one of several in which the DOJ has seemingly criminalised administrative violations.

Tao, a tenured associate professor at the University of Kansas since 2014, was doing research supported by two DOE and four NSF contracts awarded to the university. He is charged with two counts of wire fraud and one count of programme fraud.

The indictment alleges that Tao signed a five-year contract in 2018 with a talent program sponsored by the Chinese government and that Tao failed to disclose this agreement to his university, creating a conflict of interest because he was being paid by both the university and the talent programme. Tao has denied any wrongdoing.

An amicus brief filed in August by Asian Americans Advancing Justice–AAJC and Asian Americans Advancing Justice–Asian Law Caucus argues that the DOJ is criminalising violations that were previously considered administrative errors to demonstrate that the China Initiative is working – but without actually having to provide evidence of economic espionage.

This pattern of criminalising administrative violations includes the cases brought against Xiaoxing Xi (accused of sending restricted technology to China), Sherry Chen (a hydrogeologist whose charges included stealing data) and Wei Su (an engineer whose security clearance was revoked on accusations of espionage).

All saw the charges against them dropped after prosecutors failed to dig up sufficient evidence of wrongdoing. Chen’s benefits and pay from the National Weather Service were restored, but she has not yet been allowed to return to work.

Instead of fixing their grant reporting and oversight processes and adequately training their grantees on how to report potential conflicts, federal funding agencies have been funnelling cases of concern to the DOJ to handle. As a result, we have a process that is riddled with racial profiling, inconsistency and no transparency.

According to Michael Lauer, NIH deputy director for extramural research, 93% of the 189 cases the NIH is investigating have ties to China. The NSF Office of Inspector General has reassigned, suspended or terminated funding for between 16 and 20 scientists, and all but two cases have ties to China. The office has referred some cases involving fraud and nondisclosure to the DOJ, but it won’t say exactly how many.

We need systemic change in the oversight process for conflicts of interest. Federal funding agencies need to be honest about the scope of the problem and clear about how scientists can ensure that they are accurately reporting their commitments and conflicts of interest so the systems in place weed out genuine cases of intellectual property theft. They have an obligation to the scientific community to enforce a fair, equitable and transparent oversight process – without a narrow focus on a single country. Dereliction of that duty opens the door to racial profiling, damages international scientific relationships and, in the worst cases, ruins innocent and talented people’s lives.