You do the maths

Requiring a maths qualification could deprive the profession of fresh talent

There was a student club at Imperial College, London, at the turn of the century that encouraged aeronautical engineers to abandon their studies. The club had all dropped out of that course for an alternative degree, and knew the mind-boggling level of maths that would be required to succeed. And so, if any aeronautical engineer still had a social life by the second semester, the club would advise them to change to a less taxing degree. 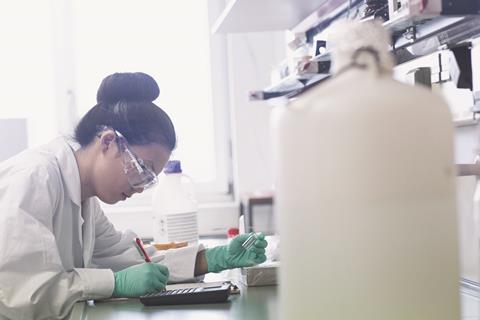 Maths is crucial in the lab, but should it be a requirement at A-level?

It’s an extreme example of careers advice, but one that comes to mind reading a recent paper from Ellie Darlington and Jessica Bowyer.1 In it, the duo argue that UK universities should add at least A-level mathematics to their entry requirements for prospective chemists. Their argument is based on a survey of 332 chemistry undergraduates, over 80% of whom felt that A-level maths and/or further maths had been a good preparation for their degree. They also highlight that previous studies have shown the majority of chemistry applicants have higher level maths anyway.

Of course, there are counter arguments. While everyone knows chemistry involves a fair old chunk of maths, it’s much more than a discipline of numbers. Forcing students to take maths might make them fall out of love with science, depriving the industry of much-needed talent. Another valid concern is the inherent elitism of putting further maths as a requirement; not all schools are able to teach it, and it could result in students from deprived areas missing out places in favour of kids from well-funded schools.

The authors point to the number of chemistry departments offering additional maths support as evidence of a deficit in students’ mathematical ability. Yet this is also an indication of the effort universities have made to keep the door open for students from widely different backgrounds.

If, with support from faculty and fellow students, you can understand the material, does it really matter how you get there? And should universities be shutting the door on capable, hungry young minds who choose their A-levels based on love of subjects rather than as a box-ticking exercise as part of a career plan?

Instead of forcing allied disciplines on students, we should trust them to make the right decisions. Chemistry needs maths, but it also needs new chemists.

You can read Education in Chemistry’s Storify of the debate on Twitter here.

The authors of the paper have also published a follow-up blog.