Spice up your compounds

An occasional foray into uncharted territory is the hot sauce of medicinal chemistry, says Derek Lowe

Let’s say that you have a position working in an industrial medicinal chemistry group – not such an easy thing to come by these days, but let’s assume one for the sake of argument. You and your team are optimising a lead compound, as medicinal chemists are wont to do – varying its structure to improve its potency, selectivity and other properties. 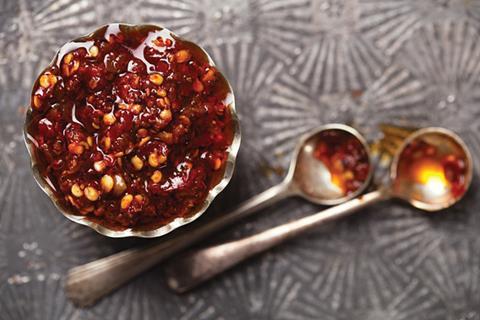 I’ll pose a few questions: it’s time for you to make the next analogue, so what do you choose? Something very close to the lead structure, with just a fluorine atom or methyl group added or subtracted? Or do you strike out instead into unknown territory, substituting where no one on the project has ever substituted before? And for either of those strategies, just how do you decide exactly which compound will be next?

This, I would say, is the absolute centre of medicinal chemistry: someone standing in front of a fume cupboard, thinking ‘Hmm… what now?’ There are a number of ways to answer that question, of course, and you’d be foolish to stick with any one of them all the time. But I’d divide the possibilities into three rough groups. The first is the incremental approach mentioned above. There’s a lot to be said for it, particularly when you have a compound that’s well on its way to being a plausible drug candidate. Med-chem lore is full of ‘magic methyl groups’ – small changes in just the right place that turn a molecule from good to great. You can hunt around randomly for those, or you can follow the second strategy.

That’s a more directed approach, and by ‘directed’, I mean ‘modelled’. This works far better for some projects than for others, but if you have an x-ray structure of a bound ligand, or a solid computational handle on your lead series, you should be able to do better than random chance. ‘Should’ is the key word, because this doesn’t always work out the way it’s supposed to. But even if you’re not working from a model, it can still be worth pursuing a systematic approach, if only to make sure that every part of the molecule and its structure–activity relationships get explored at least a little. And it should go without saying that if you have solid reasons to believe that a particular analogue is needed – to block off a metabolic hotspot, say – then those should take priority. Those situations are less frequent than we’d like.

The third approach is to deliberately try something off the chart. Most of these attempts are going to kill the compound’s activity, to be honest, so you’ll need to be ready for that. But if you do find something out there, it’s almost certain to be of interest. You can also put the modellers’ hypotheses to the test, by putting in groups that aren’t supposed to work (in my experience, very few people go to the trouble of doing that). This technique has the added advantage of putting your synthetic chemistry imagination to work, not least because you won’t be able to spend too many steps making any of these compounds.

Different organisations will have different tolerances for these three. The modelling approach almost always finds favour, as (in their hearts) most managers are searching for some sort of certainty, or anything that might deliver successful clinical candidates at better than our current rates. The incremental route is also hard to argue with, unless it’s adopted too early, in which case progress may be rather slow.

It’s the wild-blue-yonder one that runs into trouble. There are departments that insist on a deliberate, stated, hypothesis-testing reason for every analogue that gets made, and ‘because we haven’t made anything like these yet’ is not considered much of a rationale. Even if you work in a more laissez-faire shop, people will still look at you strangely if all your compounds are Martian wild shots. It’s probably best (and certainly safest) to regard that strategy as being the hot pepper sauce of lead optimisation: a tasty addition, but not a suitable main ingredient.

Don’t leave it out, though. We generally aren’t as smart as we think we are, and it’s a rare set of preconceptions that couldn’t use a good shake up every now and then.

Derek Lowe is a medicinal chemist working on preclinical drug discovery in the US. He blogs at In the pipeline