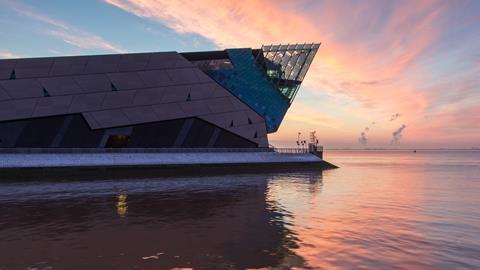 Standing up for good science

Good science and education has been at the heart of every great leap forward in health over centuries. Scientific research is one of our greatest tools in improving the quality of our society – and we need to be more vigilant about how it is used and communicated. Good science often produces complex messages containing qualified uncertainty; promoters of bad science often have no restrictions, regulatory or otherwise, and their simple messages make great headlines. So how can we improve the governance in the scientific community to ensure research is interpreted and used properly? 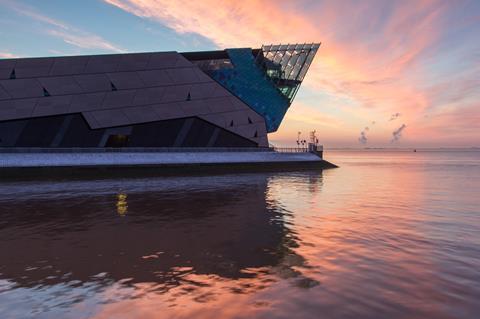 The Deep, Hull. The city is currently evaluating plans to adjust the level of fluoride in its water supply

One illustration of this battle is the ‘debate’ around water fluoridation. As a dentist with over 40 years’ experience, I find it one of the great imponderables in life that only 10% of the UK’s water supply is fluoridated. In April 2017, a seminar was organised by the Royal Society of Chemistry (RSC) in Hull to address plans to adjust the level of fluoride in the city’s water supply. Joanna Buckley, education co-ordinator for the RSC in the north east of England, confirmed that ‘on the basis of the available robust scientific evidence’ community water fluoridation is both safe and effective in reducing the prevalence of tooth decay. Equally important in today’s value-for-money culture, a report by Public Health England also shows it to be the most cost effective way to reduce tooth decay prevalence. This remains the biggest single reason for young children requiring general anaesthetic in England – and the health inequalities between the disease-free majority and those suffering only make this more unacceptable.

The reasons for the lack of progress in such a significant area of healthcare are multifactorial. The great thing about water fluoridation is that it requires no conscious behaviour change and therefore those with the greatest need get the greatest benefit, unlike other interventions that require action by individuals and can therefore widen inequalities. However, this also creates a challenge in that those who oppose the measure will feel that they are denied the ability to ‘opt out’ – meaning debate can become quite fraught.

Another factor is undoubtedly the use of bad science or bad interpretation of good science to influence those who make decisions on implementation. As chief dental officer for England, in 2008 I was heavily involved in the public consultation on a proposal to fluoridate the water in Southampton, an area with varying needs including some areas with significant problems related to dental decay. Here, I was able to see first-hand how bad science was used to inflame local public opinion and to try to influence the outcome of the consultation.

The opponents of the proposal made huge play of ‘recent research from China’ which suggested that high levels of fluoride in the water reduced IQ. The flaws in the argument were numerous: the levels in China where the research were carried out were far above the adjusted levels proposed, and the evidence of any effect on IQ was weak in the extreme. The authors of the quoted study actually said this in their introduction to the research – and concluded that for this reason this work was not relevant to community water fluoridation. Yet these claims still persist today, years after they were debunked.

Ultimately, fluoride was not introduced in Southampton. The Strategic Health Authority (SHA) decided to move forward with the proposal, but this was challenged in the High Court. Although the proposal was again supported, opponents had been able to prolong the process so much that the NHS reforms under health secretary Andrew Lansley, which abolished the SHA, meant the scheme did not progress.

The proposal in Hull has seen all the same arguments reappear, including the old calls that ‘fluoride is a poison’. As Buckley observes, all things can be poisons – dose is important. Those opposing this sort of proposal on the basis of bad science are not those who have to pick up the pieces in the medium to long term. Perhaps the best example of this in recent times was the assertion by Andrew Wakefield that the MMR vaccination caused autism. Front page stories across the media led to a calamitous fall in vaccination rates. Years later, when the incidence of these diseases was increasing alarmingly, the same media criticised the government, completely ignoring the part they played in promoting the assertions of somebody who has been struck off the General Medical Council register and whose work is now discredited.

Academic centres of excellence need to take a more proactive approach to verify – or debunk – claims made in individual research papers which conflict with the evidence base (without of course discounting the possibility that sometimes things do change). Water fluoridation is a significant factor in the fight against this preventable disease in most countries with developed national public health systems. Water has been fluoridated, without any evidence of ill effect, in the US, Canada and Australia for many years. Surely now is the time for academia to stand up for the people?