Sculpting a molecule from a larger whole is an unusual but effective strategy, says Paul Docherty 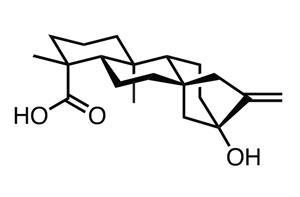 Like most construction projects, the general means employed in natural product synthesis involves taking small objects and assembling them into a larger whole. However, this is not the only way to produce intricate targets – they can be sculpted from a larger source. Sculpture is an apt metaphor, as semisynthesis requires an almost artistic touch to achieve the desired result. Using targeted (chemo-, regio- and everything-else-selective) reactions, the synthetic chemist can prune larger (and generally more available) molecules to reveal intricate forms, but the lightest of bonsai-style touches is required.

While this technique has been used successfully (particularly to synthesise the notoriously complex yet medically essential taxane cancer therapies), the complexities often outweigh the benefits. However, a hybrid approach formalised by German chemist Reinhard Hoffman combines traditional synthesis with some of the degradative ideas employed in semisynthesis.1 Hoffman introduces ‘overbred’ intermediates – more easily accessible structures that possess a few too many bonds or atoms. These can be excised to reveal the desired framework.

The approach has been put to excellent use in a recent synthesis of the diterpenoid steviol by Phil Baran and his team at the Scripps Research Institute in California, US.2 Although steviol isn’t entirely new territory, its synthesis remains a formidable challenge; two previous efforts suffer from either high step count (35), or low efficiency.3,4 However, they offer considerable insight into the chemical behaviour of the complex tetracyclic core, and informed the Baran group’s strategy.

The team was confident that a Lewis acid-mediated cyclisation cascade could deliver a decalin (a pair of fused cyclohexane rings) with the desired geometry. This required synthesis of a precursor bearing an epoxide – primed to open on activation, and configured to deliver the correct stereochemistry (figure?1). Introducing ferric chloride activates the epoxide and induces the cascade, efficiently forming the decalin system.

Figure 2 - Photocycloaddition to make a cyclobutane ready for 'sculpting'

Removing the unnecessary hydroxyl on the decalin and reducing the aromatic ring takes the team on to a little photochemistry. Rather than using the organic chemist’s typical reaction persuasion tactics (heat, more heat, lots of heat…), the team uses light to kick-start the exotic [2+2] cyclobutanation reaction (figure?2). Photocycloaddition reactions obey different rule sets to their thermal counterparts, enabling this otherwise unlikely reaction to proceed in excellent yield. It produces a tightly constrained ring system, primed for bond cleavage. Termed ‘overbred’ intermediates by Hoffman because they contain skeletal connectivity not present in the target, these over-elaborated structures must be degraded back to the desired framework. While it may sound counterintuitive, this approach allows the team to form the pivotal quaternary centre – something more traditional reaction paths could not achieve.

Introducing ozone to the system oxidises the terminal olefin to a ketone, then fragments the ring system, aided by the accompanying release of pressure in the cyclobutane ring system. A little acid reassembles it into a less energetic bicyclo-[2.2.2]-octane, still bearing a pair of carbonyls.

Unfortunately, as neat as this bicycle is, it’s not present in the target. However, the team uses the dicarbonyl functionality to create a second ‘overbred’ intermediate, again planning to fragment it to deliver the desired functionality (figure 3). Treating the 1,3-dicarbonyl with reducing zinc created a rather fragile cyclopropane bearing a pair of hydroxyl groups. This was trapped with acetic anhydride, providing the 1,2-diacetate, which was stable enough to allow a little optimisation of the fragmentation conditions. 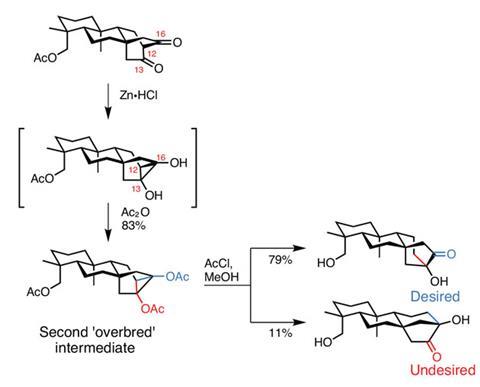 Figure 3 - Reduction and fragmentation to finish the steviol skeleton

Optimisation was a necessary evil, as there are two extremely similar fragmentation pathways available. After a few iterations, suitably selective conditions delivered the desired fragmentation product in excellent yield, with only a little of the undesired product along for the ride.

Elaborating this tetracyclic intermediate to the target requires only three further procedures. A rhodium-catalysed methylenation converts the remaining ketone to an exocyclic alkene, then a careful two step oxidation transforms the remaining hydroxyl first into an aldehyde, then a carboxylic acid, neatly completing the synthetic campaign in only 15 steps.

Paul Docherty is a science writer based in Leiden, the Netherlands