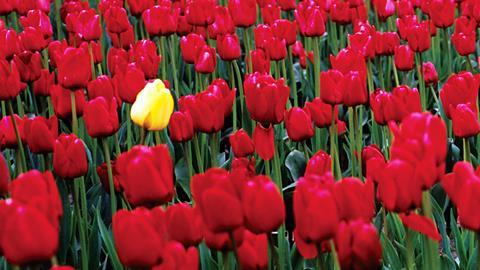 Few and far between

Is working on genetic mutations that affect only a few in every thousand people a risky strategy?

There are a number of ways to set up a drug company’s portfolio. At the broadest level, generic companies stay in business by selling lots of low-margin drugs in a competitive marketplace (well, that’s how it’s supposed to work, anyway). The research-driven companies accept far lower chances of success in the hope that they can charge proportionately more for their patented compounds – at least until that patent expires or is overturned. But different firms target different diseases, and with different kinds of drugs. The market for a pancreatic cancer therapy is clearly not going to be the same as that for a new type 2 diabetes drug: existing competition, acceptable margin of safety and the patient population itself are all totally different.

Clinical success rate for rare disease projects should be higher, and anything that improves that number is worth paying attention to

There is a big trend for companies to target ‘rare diseases’, but that term obscures as much as it reveals. It’s not about chasing diseases just because they’re rare. The idea is to go after genetically defined diseases (the majority of which really are uncommon). Their biochemical mechanisms can be easier to define than usual, and the patient population you’re trying to reach is definitely easier to determine. The belief is that the clinical success rate for such projects should be higher than the industry’s grievous standard of about 10%, and anything that improves that number is worth paying attention to.

As always, there are complications. If you do succeed, you’re then faced with the problem of a very small market, which is what historically kept many companies out of this space. But various policy incentives now mean that if you can find something that’s really transformative, the price can offset the small number of patients. And because many of the genetically-driven diseases have devastating consequences (and have little or no treatment available), a transformative therapy is a real possibility. Their distinctive biochemical mechanisms (when those are known) can give an immediate leg-up in setting up screening assays and animal models, and eventually selecting patients for clinical trials.

The detailed biochemical mechanisms for many rare diseases can still be pretty obscure, however, and even when that’s been cleared up, there may be no viable drug targets. Industrial medicinal chemists, given the choice, will avoid loading up the portfolio with difficult modes of action such as interfering with protein–protein interactions. But in the rare disease field, those mechanisms start to look downright friendly and welcoming after you see some of the other possibilities. In almost every case, an easier path in the clinic requires taking on much harder paths to even get to clinical trials in the first place.

Being three times more likely to get through the clinic is of little benefit if it’s four times as hard to find a clinical candidate, and the values for both those numbers are definitely disputed

All this is leading to an interesting situation. When you look at the rare genetic disease landscape, you start dividing it into smaller and smaller addressable parts. The diseases where the mechanism is known, the ones where patients are identifiable early enough to do them any good, the ones with enough patients to start with (three people per continent is still too small for any pricing model imaginable), and so on. By the time you finish this exercise, you’re left with fewer diseases than you might expect. I’ve thought for a while that if you walk down a street in the biopharma-heavy regions around Boston or San Francisco and shout ‘Friedrich’s ataxia!’, a dozen people will turn around to see if you’re on their project team.

There are other diseases for which that joke works, but are there enough? And are the chances of success, in the end, as high as companies are hoping? Being three times more likely to get through the clinic is of little benefit if it’s four times as hard to find a clinical candidate, and the values for both those numbers are definitely disputed. Factor in the possibility that assumptions about pricing power may or may not hold up ten years from now, when you’re ready to start charging people money, and things look more fraught than ever. The free lunch (once again) is late in arriving.