Family relationships are always fraught. But perhaps none more so than those with parents, to whom we owe our existence, who mould our minds, but who also impose boundaries that we crave and rebel against. As Philip Larkin wrote: ‘They fuck you up, your Mum and Dad…’ Still, many families navigate these choppy waters to make fruitful partnerships in the worlds of business, entertainment and, of course, politics. 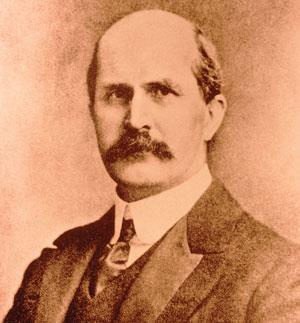 Scientific families also abound – the Bernoullis, the Darwins, the Curies, the Perkins, the Kornbergs, the Perutzes. But there are few where the stories of father and son have been as tightly intertwined as the Braggs, whose collaborative, and sometimes tense, partnership, almost single-handedly created x-ray crystallography.

Born in Cumbria, William Henry (WH) studied maths at the University of Cambridge where he attracted the attention of Joseph Thomson who proposed him, at the age of 25, for the chair of mathematics and physics at the newly founded University of Adelaide in Australia. Tempted by the salary and the prospect of warm weather, WH sailed off, cramming physics as he went. 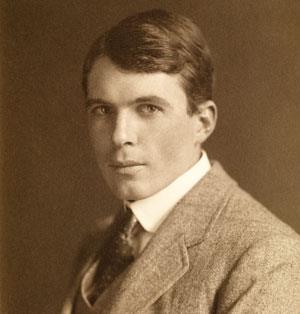 Life in Australia was pretty relaxed, lectures alternating with parties and rounds of golf. But the discovery of x-rays by Wilhelm Röntgen in 1895 so intrigued WH that he set up one of the first x-ray ‘tubes’, and began exploring radioactivity. His work would lead to his appointment as professor of physics at Leeds, bringing the family back to the UK where his son William Lawrence (WL) enrolled at Cambridge to study physics, also under Thomson.

In August 1912, the German physicist Max Laue reported the scattering of x-rays by crystals that gave a spray of spots on a photographic plate. It had to be diffraction, but no one could explain the patterns.

During a family holiday, father and son discussed Laue’s results. WH, convinced x-rays were particles, explored the idea that they were travelling through channels in the crystal. WL, on the other hand, imagined the x-rays as being reflected by planes of atoms, giving rise to interference. When WL presented his deceptively simple relation, nλ = 2d sinθ, to the Cambridge Philosophical Society on 11 November 1912, Charles T R Wilson (inventor of the cloud chamber) immediately suggested he look at mica, a material with obvious planes. Sure enough, turning the mica shifted the spots through twice the angle. 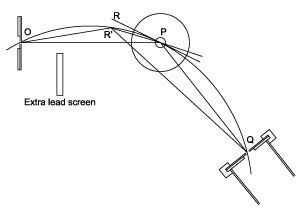 WH, meanwhile, adapted the Kirchhoff spectroscope to explore the phenomenon. X-rays, generated by a discharge tube in a lead box, travelled through an adjustable collimation hole, towards a crystal placed in the centre where the prism would otherwise be. The telescope and eyepiece were replaced by a small gas-filled ionisation chamber in turn connected to a gold leaf electroscope to measure the intensity of the ‘reflected’ x-rays. By swivelling the detector, the θ angle of his son’s relation could be read from the scale on the central table. WH had built the first diffractometer with a position sensitive detector. The two began putting every crystal they could think of into the beam.

It is hard for us to imagine the shock created by the Braggs’ paper on sodium chloride in 1913; salt contained no molecules and the crystal was an infinite lattice. Their paper was quickly followed by one on diamond that finally proved Jacobus van ’t Hoff’s tetrahedral carbon hypothesis.

Structure followed structure. Bragg the father collected the data, while Bragg the son did the analysis. WL would later reminisce ‘it was like discovering an alluvial gold field with nuggets lying around waiting to be picked up … It was a glorious time, when we worked far into every night with new worlds unfolding before us in the silent laboratory.’

The outbreak of the first world war in 1914 put a stop to everything. WL was sent to the trenches of France where he developed an acoustic method to determine the distance of enemy guns. The awfulness of the battlefield was made worse by the news that his brother, Robert, had been killed in action at Gallipoli. In November, WL received word that he and his father had been awarded the Nobel prize. He wrote home laconically that the local curate with whom he was billeted had opened a bottle of Lachryma Christi wine by way of celebration.

The ferocious battle of wits to unveil the connectivity of the atomic world would be one of the great unsung intellectual triumphs of the 20th century. Ironically, with the advent of computers, some chemists would have the gall to refer to crystallography as a ‘non-sporting’ method of characterisation, conveniently forgetting the mathematical forest underpinning the methods.

The Braggs would eventually each become director of the Royal Institution and play a huge role in the popularisation of science in the UK and beyond. For WL, winning the Nobel prize so early, and with his father, ‘gave him some heartache’. But that’s the thing about families: you can’t live with them, you can’t live without them.

I am grateful to Stephen Curry for providing essential suggestions.