The burden of truth

In an era of post truth politics, science becomes the opposition

‘You can prove anything with facts, can’t you?’ That’s the punchline to one of my favourite routines by the comedian Stewart Lee. Recounting an exchange with a cab driver (in which Lee deploys history and philosophy to mount a reasoned deconstruction of his interlocutor’s argument) the cabbie’s dismissive retort leaves Lee utterly perplexed. It’s the glib response of someone unequipped to defend their position, and unwilling to try. It’s absurd and laughable. Yet it’s also frightening; the skit, now a decade old, presciently captures the growing attitude that evidence is unimportant. This phenomenon even has a snappy adjective: ‘post-truth’. 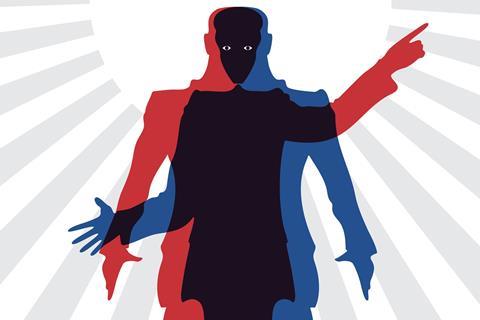 Buddying up with words such as politics and journalism, post-truth has created an environment where arguments based on evidence have become irrelevant or impotent in the face of appeals to emotion. Political campaigning in 2016 was embarrassingly rich in examples. Whatever your political viewpoint, we should all be concerned to see the power of emotion and belief set free from the fetters of rational restraint.

For scientists, evidence, proof and facts are very serious indeed. They are part of the currency of science – the way we try to build objective truth from subjective experience. Scientists are not immune to belief – even when we have the evidence, that doesn’t mean we’ll reach agreement – which is why it is essential to enable debate and disagreement to take place rationally.

Take, for example, the Mpemba effect – the seemingly anomalous observation that hot water freezes faster than cold. This has been a classroom conundrum for generations of students and is a regular feature on the scicomms outreach circuit. It’s one of those counterintuitive phenomena that provide a neat short cut to cognitive dissonance, kick-starting curiosity and learning. Except maybe it isn’t.

Two University of Cambridge researchers recently published their exploration of the effect and an analysis of others’ reports, concluding ‘there is no evidence to support meaningful observations of the Mpemba effect’. They break the news with heavy hearts, almost apologising for having robbed science of one of its ablest recruiters. Yet I think we should be celebrating.

As our story shows, the researchers’ conclusions are not accepted by everyone – in fact, their detractors have refused to acknowledge that the paper even exists, and have attacked the authors for being ‘anti-water’. Well, no, of course that didn’t happen. Rather, they have analysed, critiqued and engaged; each side respects the value of new data, and of debate and discussion.

As an invitation to enquiry and discovery, the Mpemba effect helped to nurture good scientists. But now, as a living example of how science works, it can produce good citizens: teaching students how to gather evidence and construct an argument, and how to decide whether something you have been told is true. Girding ourselves with solid arguments and a healthy scepticism is our best defence against post-truth polemic or being ‘stampeded by stump orators’, as the American social scientist William Sumner once put it.

Post-truth may have friends in politics, but it will always be an enemy of science. Yes, you can prove anything with facts – as long as it’s true.