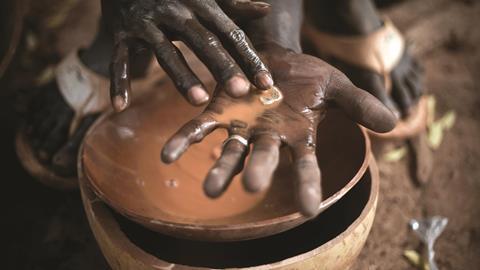 Time to act on conflict minerals

We must end the human cost of tin, tungsten, tantalum and gold

The well-managed extraction and trade of minerals can offer communities livelihoods and a route to development. But too often it is mismanaged, denying local communities and miners their fair share of profits – which instead end up in the wrong hands. For decades, the minerals trade has bank-rolled conflict, lined the pockets of corrupt elites, infringed human rights and inflicted untold damage on our environment the world over.

While much attention has rightly been paid to the Great Lakes region of Africa (particularly the Democratic Republic of Congo), these are global problems, with associated conflict and human rights abuses reported from Colombia to Afghanistan and Myanmar.

The UN guiding principles on business and human rights make it clear that all companies have a responsibility to ensure their activities do not finance such activity. This is supported by the OECD’s due diligence guidance for responsible mineral supply chains, which sets a practical international standard to help companies that work with all minerals, at any stage in production, meet this responsibility. Indeed, national governments, the EU and the OECD are increasingly looking to legislation where companies have failed to respond to voluntary codes.

The impact of the mineral trade

These problems afflict the trade in many minerals, including diamonds and jade, cobalt and copper.

However, laws in the EU and the US have focused on just four minerals – tin, tantalum, tungsten, and gold, collectively known as 3TG.

Tantalum, extracted from its ore coltan, is a key ingredient in many high-performing components, from jet-engines to electronic gadgets such as mobile phones and laptops. Significant quantities are found in parts of DR Congo, where mining, smuggling and illegal taxation has funded violent armed groups.

Found in cans, cars and the solder in pipes and electronics, tin is mined throughout the world, including in conflict areas. It has been repeatedly linked to the financing of armed groups and dangerous working conditions.

Tungsten is a key component of many tools, electronics and screens thanks to its extreme heat resistant properties. Its production and transport has been linked to violent armed groups in central Africa and Colombia.

The most famous precious metal of all, gold can be mined, refined and smuggled with relative ease, making it a frequent target for predatory groups. Profits from the diamond and gold trade has helped fund the current conflict in the Central African Republic, which has left around one fifth of the country’s population displaced from their homes.

Given the human and environmental cost of conflict minerals, companies have a duty to make their supply chains more transparent. Responsible trading does not mean turning your back on higher-risk locations, but rather making sure trading is done with the care and attention that is appropriate for such environments. To ensure this, on 17 May 2017, the EU introduced the Conflict Minerals Regulation, due to come into force on 6 June.

While this is positive, it is a somewhat half-hearted step. The Regulation’s lengthy four year ‘phase-in’ period is particularly disappointing and entirely unnecessary; the EU’s policymakers and companies have spent enough time on this already. Companies must start the process of cleaning up their supply chains immediately, rather than eyeing this as an invitation to further delay progress that is both sorely needed and ultimately inevitable.

Furthermore, the Regulation’s mandatory requirements only capture companies that import 3TG minerals in their raw forms – as ores or metals – into the EU. This leaves the vast majority of European companies involved in the trade entirely off the hook, such as those importing products such as laptops, engines or phones. Companies that import other minerals linked to conflict finance or human rights abuse are also outside the Regulation’s scope.

And then there is the political posturing across the Atlantic in the US, around the conflict minerals provision in Section 1502 of the Dodd Frank Act.

Section 1502, and the accompanying Conflict Minerals Rule promulgated by the Securities and Exchange Commission (SEC), aim to curb the proceeds of Congo’s mineral trade fuelling conflict and abuses by requiring companies to conduct checks on their supply chains.

Following a reconsideration of the Conflict Minerals Rule and its enforcement by the SEC, and reports of President Donald Trump considering waiving the rule through executive action, the recently closed State Department consultation is the latest in a string of unwarranted efforts to undermine much of the progress that has been made to date.

All of this further fuels uncertainty around conflict minerals, and only serves companies that prefer to trade in the shade. Those at the bottom of mineral supply chains urgently need us all to do much more than talk: we need to act.

The US government must build on the progress that has been achieved to date, while studying and remedying the shortcomings in its current legalisation – including the adverse impacts on the livelihoods of artisanal miners. The EU must act now, and expand the remit of its new regulation to cover manufactured products. And companies must take responsibility for delivering ethically sourced minerals rather than lobbying for loopholes.

We have spent enough time dragging our feet. It’s time for business as usual to mean responsible business.