A study in white

It’s OK that chemists are associated with lab coats 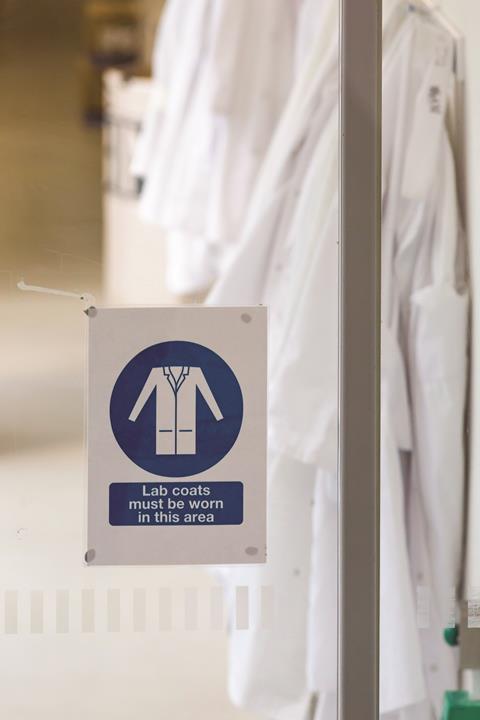 Draw me a picture of a chemist. It doesn’t have to be a Rembrandt; a stick figure will do. Done? I don’t believe you (although if you have, do feel free to share it with me), but let’s pretend just the same. What does your artist’s impression look like? I’m willing to bet it’s a guy or girl in a white lab coat holding a bubbling test tube and a micropipette, probably wearing safety specs. And there is absolutely nothing wrong with that.

I appreciate this goes against received wisdom, and that I’m supposed to bemoan the profession being pigeon-holed in an outmoded vision. We all know that chemists work in everything from the blue boiler suits of oil rigs (p73) to the smart casual often seen in academia. It’s important we don’t forget that the chemical sciences are so diverse, and it’s understandable why so much work is done to refresh the public’s perception of chemistry.

The problem is that many chemists do wear white coats. They do (quite sensibly) don safety specs and other protective equipment. And, yes, many chemists still hold test tubes from time to time. The lab coat isn’t some stuffy, forgotten costume only good for Halloween: it’s a working reality, and the image of the white coat provides a neat shorthand that the profession should embrace. It grants chemists an identity, just as a stethoscope says ‘doctor’ or a ridiculous, powdered wig says ‘judge’.

These symbols do not ignore identity; they codify it. One year ago, the Royal Society of Chemistry asked what people thought of when they heard about a chemist – and most immediately thought of a pharmacist. I suspect the result would have been different if accompanied by a photo of a scientist working hard in the lab. Visuals can be as valuable as words.

But these icons are also only part of the story when it comes to how a profession is represented. The key is to stop focusing on the badge of office and start looking at the person inside it. A white coat can be worn by anyone, regardless of ethnicity, gender or disability. Isn’t that what counts?

There may come a time when the classic lab coat image will fade, and we need to replace it with another (if you have a great suggestion, let me know). Until then, remember that having a clearly defined identity is a strength, not a weakness. Wear those white coats with pride.