Too big to innovate?

How strong is the correlation between company size and research productivity, asks Derek Lowe

I don’t think it’s possible to have a discussion about pharmaceutical research productivity without wondering how it might correlate with an organisation’s size. The topic is a hardy perennial, probably because it’s so difficult to answer definitively.

It’s also popular because one of the possible answers is emotionally appealing to many people. I’m one of them. I would like to believe that smaller organisations are more innovative than larger ones. It seems as if it should be so, and everyone can think of examples (at both ends of the scale) that provide evidence for the point. 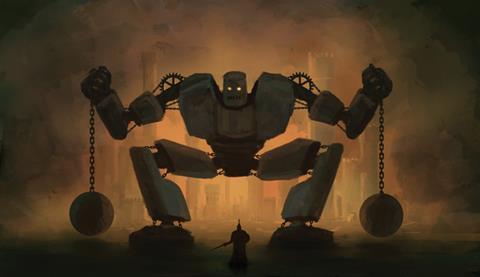 But is it really true? Industry commentator Bernard Munos’s famous 2009 paper on lessons from the past 60 years of drug research1 seems to support the hypothesis. But Munos himself cautioned that the numbers of large and small companies had changed greatly over that period, and that it was too soon to tell if there was a real correlation. It is revealing, though, that the argument is usually between people who think that smaller companies are indeed more productive, and those who think that bigger ones are just as good. I’m not sure I’ve ever heard anyone seriously argue that the bigger companies were more productive and innovative than the smaller ones.

Everyone can agree, I think, that there is some upper bound to productive size. No one’s seriously suggesting that R&D just goes on scaling upwards indefinitely (much less suggesting that it gets better). And we have Pfizer’s expansion as a model system. No matter what the other reasons were for the company’s string of mergers and takeovers, it certainly doesn’t seem to have been designed to make the R&D outfit larger. Much to the contrary. And a lower bound probably exists as well as an upper one. Various leaner-and-meaner, mostly-outsourced shops are in the process of finding out where that lower limit is, so we should have a good idea over the next few years. But once an organisation has moved from the ‘one big founding idea’ stage, there seems to be a certain critical threshold needed to keep going.

There’s nothing that says that this function has to be continuous or smooth: productivity might peak in a certain range, with different sets of problems appearing at both ends. But if smaller research efforts (up to a point) are in fact more productive, the obvious question is why that should be true. Maybe it’s not that there’s something wonderful about being small, so much as there are many not-so-wonderful things about being large. There are some obvious disadvantages to working in HugeCo’s research labs: bureaucracy; slow decision-making; meetings and more meetings; too many people who’ve seen it all before and are convinced that nothing new can work; too many managers trying to justify their existence; and too many places for the mediocre to hide.

But I think that small companies do have an advantage, besides simply not having as many of the diseases of the larger ones. It isn’t for the most noble or uplifting of reasons, but it’s very real: smaller companies may well be more innovative because they have their backs to the wall. Everyone knows the cliché about necessity being the mother of invention, but there’s a reason that such phrases become clichés. The situation is like Samuel Johnson’s famous line about how when a man is to be hanged in a fortnight, it concentrates his mind wonderfully. A small company has to scramble to survive, and if one thing doesn’t work, it has to come up with another one, and soon. The way that aviation, radar, and other fields of engineering advanced during the second world war is a large-scale example of this effect – wild ideas were tried at a speed that now seems almost surreal.

This raises the possibility that the big company way of working is actually the default mode of human nature, what we slip into when we have the chance. It’s the same behavior that makes many of us clean our houses most thoroughly when we have guests coming. Innovation and discovery are enjoyable, but they’re also nerve-racking and risky. We do it when we have to, and small companies have no other choice.