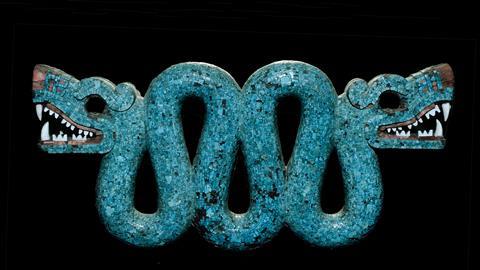 Two heads are better than one

There’s been a real surge in drug discovery involving a class of molecules that (for a long time, at least) were considered at best an academic curiosity. These ‘bifunctionals’ are nothing more than two completely different molecules, binding to different targets, that are stitched together with some sort of linking group. That can be as simple as a long alkyl chain, or a short stretch of ethylene glycol ethers, up to as complex a linker as you have the patience to search for.

It seems like a rather simple idea that you could get two different sorts of activity from the same molecule with a trick like this. And that’s part of the problem: it’s so obvious that it seems like it probably wouldn’t work at all. For one thing, how do you know if your molecule will bind both targets at the same time? What if they’re not physically close enough in the cell? That would just leave one end of your complicated bifunctional waving around uselessly in the cytoplasm. The size and complexity of such molecules is another problem: synthesis is more complicated, and the end result might have such a high molecular weight and have such poor properties that it doesn’t stand much chance as a drug.

Genentech’s latest set of bifunctional compounds bring a phosphatase enzyme to the target protein, which then removes a phosphate

Over the years, occasional compounds of this sort would show up in the literature, usually as part of an effort to, for example, bind to two receptors at once when they were thought to be near to each other in the cell membrane. Few (if any) ever really made it into serious development efforts. But in recent years, that’s changed. If you make a bifunctional molecule where one end is a known ligand for some target protein and the other is known to bind to part of a ubiquitinating protein complex, you can drag those two together. The ubiquitinating complex then starts its usual job of slapping ubiquitin side chains onto whatever protein is in close proximity, and when a protein is thus ubiquitinated, it is marked for destruction by the cell’s proteasome.

This means that you can, in theory, target any protein that you have a ligand for and send it off for destruction. Building these molecules can be a challenge, and the choice of linking groups is not trivial. But there is no doubt that when well-chosen they can enter cells. The effects can be dramatic (and well beyond those obtained by simply inhibiting that same target protein). One very nice side benefit is that when the target protein is broken up, the bifunctional molecule is released unscathed and can then go out and repeat the whole process, over and over. Beyond the proteasome, there are other protein destruction pathways to which targets could be directed – and these are certainly being investigated.

This bring-proteins-together concept doesn’t stop there. A recent paper from Genentech demonstrated something similar, but this time pulling over a protein target to a phosphatase enzyme, which can then begin removing phosphate groups from the surface of the targeted protein (and hence dramatically altering its activity in the cell).

If that’s feasible, what isn’t? One could imagine bifunctional molecules with targeting ligands at one end, and with their other ends containing binding groups to bring kinases, glycosylating enzymes, and all sorts of other protein-modifying enzymes into proximity. Or one could cause the target proteins to be sequestered in unusual places in the cell – perhaps bound to lysosomes, to mitochondria, or to the inner cell membrane, and affecting their activity that way. No doubt other possibilities will suggest themselves as we medicinal chemists get used to being able to do such tricks.

The poet Philip Larkin once said that reading Thomas Hardy taught him ‘not to be afraid of the obvious’. Medicinal chemists and chemical biologists have been learning that lesson themselves: what seemed like too simple an idea to work is turning into a whole new field of study. We shouldn’t talk ourselves out of things so easily, and we shouldn’t have to learn that lesson as many times as we have.