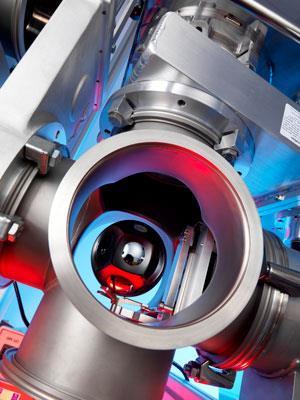 Atomic weights are periodically revised as our knowledge about them changes. On average, the standard atomic weight of an element is revised every 14 years, although some take longer before a change is required. Selenium, for example, had to wait almost 80 years before its standard atomic weight was revised in 2013 by the International Union of Pure and Applied Chemistry (Iupac) Commission on Isotopic Abundances and Atomic Weights (CIAAW).

Quite a lot, given the capabilities of modern technology. For carbon, this level of precision is detectable by the World Anti-Doping Agency when comparing an athlete’s testosterone with the levels of its precursor  5a-androstane-3a,17b-diol (exogenous testosterone and precursors contain less 13C than their endogenous homologues).

Yet the benefits of such precision are not always obvious. The history of science provides many beautiful stories about discoveries made when we try to look for the next decimal of an element’s atomic weight or closely-related quantity. In 1894, the British team of physicist Lord Rayleigh and chemist William Ramsay noticed a half-percent discrepancy between the density of nitrogen made by chemical synthesis and nitrogen isolated from the air (in those days, the atomic weights of gases were determined from their densities). They determined another gas had to be present in the atmosphere, resulting in the discovery of argon.

Similarly, the discovery of deuterium by US chemist Harold Urey in 1932 was sparked by a discrepancy in the fifth decimal place of the atomic weight of hydrogen between mass spectrometric and gravimetric measurements. Rayleigh, Ramsay and Urey all received Nobel prizes for their discoveries.

These stories may give a false impression that we start with a wealth of knowledge when determining atomic weights. Unfortunately, this is not the case. Although systematic measurements of elements’ isotopic compositions started with British chemist Francis Aston in the 1910s, we still do not have a vast amount of data for many elements in the periodic table.

Ytterbium is a perfect example. One of the last rare earth elements to be discovered (in 1878 by Swiss chemist Jean Charles Galissard de Marignac), ytterbium was only obtained in a pure state in the 1950s. To date, we have only two independent measurements of its isotopic composition; other measurements are incomplete and rely on assumed values of certain isotope ratios. In terms of ytterbium’s atomic weight, these two measurements only agree to the first decimal place.

Other elements have also been plagued by inconsistent measurements of their isotopic composition. For example, a significant discrepancy in the atomic weight measurements of zinc meant that, in 2007, its standard atomic weight was reassessed and placed outside the bounds of the previously recommended value – the first and only time in history this has occurred.

The cases of zinc and ytterbium paint a picture that is vastly different from a common perception that measuring the atomic weight (or isotopic composition) of an element is no longer a challenge. On the contrary, metrology of isotope ratio measurements is still a developing field with problems to overcome.

When isotope ratios are measured by mass spectrometry, they come out biased because lighter ions travel faster than the heavier ions. This means standards are needed in order to correct for these instrumental discrimination effects. Since the 1950s, isotope ratio standards for elements with two isotopes have been prepared by gravimetric mixing of near-pure isotopes. However, such methods were extended to three-isotope systems only very recently, when an extremely precise atomic weight of silicon was required because it was being used to determine the value of the Avogadro constant, which in turn will be (indirectly) used to redefine the kilogram as part of the International Avogadro Project.

Needless to say, this means that there are plenty of elements still waiting for good measurements of their isotopic composition. Ytterbium won’t be the last element that will need to shift its weight.