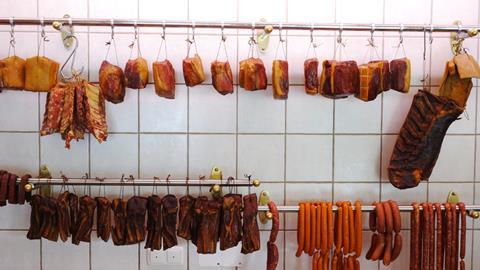 Why do the pharmaceutical and food industries have different rules on genotoxic impurities?

The food and pharmaceutical industries each have a host of regulations and government agencies in place to ensure the safety of the items that we consume.1 Although their regulations are often similar, there are differences between them – possibly driven by a view that ‘naturally derived molecules’ are likely to be safer than new man-made ones.

In the early 2000s, pharmaceutical regulators began to be interested in trace impurities that could be potentially genotoxic (PGIs). This created a great deal of concern and activity, especially given that, as one of my colleagues remarked, it’s pretty difficult to make organic molecules without using electrophiles.

Due to a significant amount of effort within the pharmaceutical industry and by regulators, a series of guidelines were developed (including ICH M7) that enabled the industry to pretty much deal with this new perceived risk. I say perceived, because like many within the industry, I think the premise that initially drove these guidelines – that there is no such thing as a safe dose of a genotoxic impurity – is likely flawed in most cases. Our bodies use a range of DNA-repair mechanisms to protect us from genotoxic compounds and each day we are exposed to levels of these compounds well in excess to that we are likely to be exposed to by taking any medicine. Indeed, if one looks at levels of PGIs in common foods, they are often at levels thousands of times above what is permitted in drugs.

Current regulations have established a virtually safe dose, known as the threshold of toxicological concern (TTC). Notionally, this dose equates to increasing the risk of developing cancer over a lifetime by less than 1 in 100,000 for pharmaceuticals and 1 in 1,000,000 for foodstuffs. This is unlikely to add to the overall concern relating to cancer risk; according to the American Cancer Society, around 40% of people will develop cancer in their lifetime.

About three years ago samples of Valsartan, a drug used to treat high blood pressure, were found to have been contaminated with the potentially genotoxic N-Nitrosodimethylamine at levels above the TTC due to manufacturing error. Then, in 2020, the European Union, United States and Australia suspended the use of Ranitidine, a drug used to reduce the production of stomach acid, after a number of manufacturers detected low-level N-Nitrosodimethylamine impurities in their products.

Following these and other issues, the European Medicines Agency (EMA) asked manufacturers of active pharmaceutical ingredients to carry out risk assessments on all medicines sold in Europe to determine if any could contain nitrosamines. The limit set for these impurities has been taken to the extreme, with nitrosamine contamination being controlled to parts per billion; other PGIs are controlled to ppm levels. But nitrosamines arise in food, for example, through the use of nitrite as a meat-curing agent or during fermentation processes. Exposure to nitrosamines from foodstuffs, particularly from items such as bacon and smoked fish, is estimated to be much higher than that from pharmaceuticals.

A shortage of explanations

The chemical industry is now expending a significant amount of effort to ensure that it can comply with the new regulations. This has led to shortages of some medications, such as Metformin, after batches had to be recalled due to N-Nitrosodimethylamine contamination. This begs the question, if this is a genuine patient safety issue, why are the authorities ignoring the much larger issues associated with food? Can they justify the claim that medicine represents a much larger risk? If not, can they provide an alternative explanation? If there is one, I would be eager to hear it.

These differences drive a wedge between the food and pharmaceutical industries

This is an extreme illustration of the differences between food and drug regulation that have lasted for decades. These differences drive a wedge between the food and pharmaceutical industries – two industries that have a huge amount to learn from each other. For many years we have tried to get speakers from the food industry at the SCI process development symposium. We are seldom successful. One of the reasons often given for declining our invitation is that the employer of the speaker doesn’t want any association with the regulations that govern the chemical and pharmaceutical sectors.

I do not believe that we should automatically apply current pharmaceutical regulations to the food sector. Apart from anything else, if we did so, a large amount of our current foodstuffs would be banned. But regulations need to be based on solid science. The disparities between how genotoxic compounds are controlled by the food and pharmaceutical industries suggests that this is not always the case.