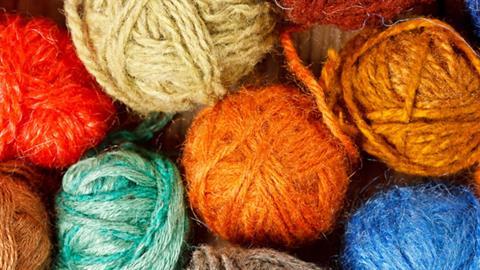 Lars Öhrström delves into the history of alum, a compound linked to some of Europe’s most infamous families

This week, a tale of woe that turned into a wise investment. Lars Öhrström explains more.

Christina Piper was 27 in the year 1700 when her husband Carl went out to war with the Swedish King Charles XII, never to come back. He left her running his affairs and raising a family of four small children. Nine years after his death in 1716, she made an investment that would have long lasting effects visible to this day: she bought the faltering Andrarum works in the recently occupied province of Scania in the south of Sweden and turned the manufacture of potassium aluminium sulfate dodecahydrate, also known as alum, into a thriving business that survived for almost two centuries. 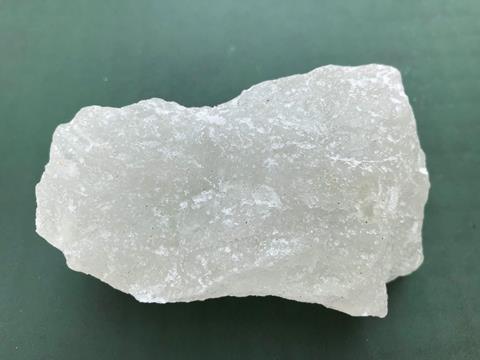 Alum is known as a ‘double salt’ as it has one kind of anion – the SO42- ion - balanced by two kinds of cations, K+ and Al3+. The metal ions are surrounded by six water molecules each, to give the complete formula KAl(SO4)2·12H2O, explaining the ‘dodecahydrate’ in the name.

The naming is actually a bit of a mess, as we can make similar compounds with other cations charged plus one, such as the ammonium ion, NH4+, and these are all called alums. So if we want to be precise, we should label our double salt potassium alum.

In the bathroom, we may use it to stop minor bleeding from a razor cut, but curiously enough, this chemical also turns up in many ‘aluminium free’ deodorants. But these work the same way as any standard deodorant containing, for example, aluminium chloride. Potassium alum can be found in nature, although the mineral alunite, with additional hydroxide ions and no water molecules, is more common and can also be used to manufacture alum. 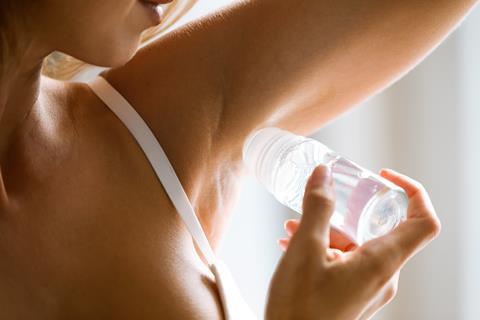 Presumably, it was not concerns about body sweat and odours that made alum such a big issue for the Italian banking pioneers of the Medici family, the infamous Borgias, including one or two popes, and the wealthy burgers of Flanders, Netherlands and England. In the 15th century, the Medicis and the papal state even tried to establish a European monopoly, through its all-penetrating network of businessmen and courtiers. The reason? Alum was the only source of soluble aluminium 3+ ions and an excellent mordant, a compound that helps fix a dye to a textile, something that created an enormous add-on value for the wool and cloth industry in medieval Europe.

The metal ion attaches to the pigment molecule and drags it into the fibres where the ensemble precipitates as insoluble polymeric hydroxides, efficiently hindering the dye from leaching out during washing. Much the same mechanism, precipitation, is used when wastewater is treated with alum. Aluminium hydroxides are precipitated out together with various pollutants to give an easily separated solid phase. This, as well as tanning, were also ancient uses of the compound.

The exact chemical nature of potassium alum was not established until the very end of the 18th century, but this did not stop industrialists from making it in large quantities, and the Medici alum cartel thus did not last. In England, the reformation of Henry VIII caused strains with many catholic states, stimulating a domestic industry based on shale, established on the Yorkshire coast at the end of the 16th century. 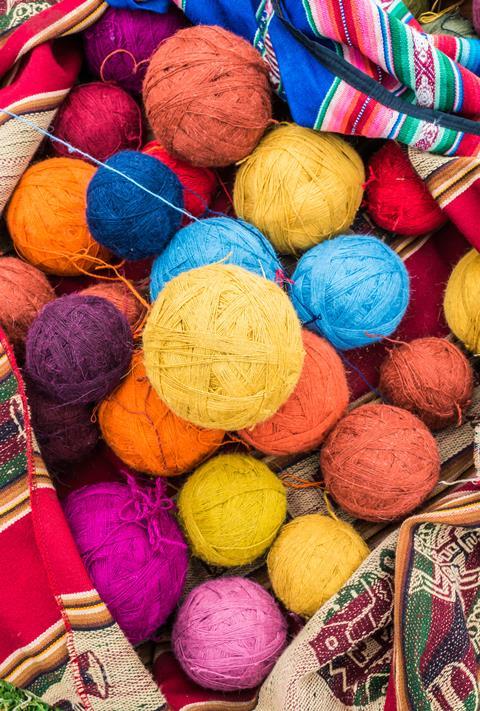 Making alum from shale is a more difficult process than picking alum rocks in the Egyptian desert, and the success of these alum works is remarkable, given the limited knowledge of chemistry at the time. The short version is that the aluminium- and iron-containing shale, with a substantial organic component, was burned on a wood fire. This very slowly oxidised the iron pyrite, or FeS2, to iron 3+ ions and sulfur oxides. The soluble metal ions, mostly iron, potassium, sodium and aluminium were then extracted out with water that also transformed the sulfur oxides to sulfate ions. This liquid was concentrated and finally crystals precipitated out. Normally, potassium alum was produced, but in the case of the first Yorkshire works where urine was also used as a reagent, ammonium alum was the final product.

The venture in Adrarum was probably motivated by similar concerns for domestic production, and giant heaps of the solid residues from the slow burning shale can still be seen on the site. Now it is deceptively rural, horses walk around in the odd landscape just by the gorges of the Verka River where formerly hundreds of workers toiled to produce the colourless but often impressively large and beautifully shaped crystals.

In the mid 19th century pure aluminium sulfate could be made much cheaper and has since replaced alum in most applications. In Andrarum the last crystals were grown in 1912, but the stylish little baroque palace, Christina’s Court, and the surrounding park is now open to the public and remind us of this unusual industrial pioneer.

Lars Öhrström, from the Chalmers Tekniska Högskola, in Sweden, with the chemistry of alum. Next week, we join the beginnings of the fight against tuberculosis…

Schatz succeeded in discovering a soil bacterium that produced an antibiotic which we know as streptomycin. Streptomycin is active against many pathogens, including Mycobacterium tuberculosis.

And discover the difference this discovery made by joining Simon Cotton in next week’s Chemistry in its Element. Until then, thank you for listening, I’m Meera Senthilingam.