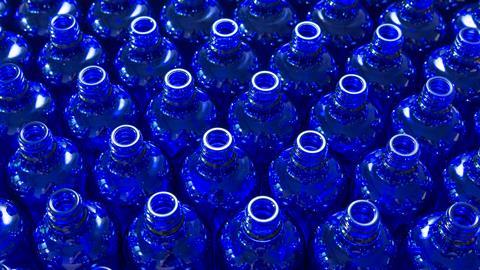 From ancient Egyptian pottery to distinctive blue bottles, cobalt oxide has been providing ‘chemically and artistically perfect’ pigments for centuries

‘The only use of cobalt is in its oxide,’ wrote German mining engineer Frederick Overman in his book on metallurgy published in 1852. He observed that when the oxide was melted with a silicate, a fine blue glass was produced. The molten glass was mixed with potassium carbonate to create a flux which was then poured into cold water. The glass solidified and shattered into tiny fragments which were subsequently ground to form a powdered blue pigment known as smalt.

‘Smalt, or the pure oxide, is used for colouring and painting glass, porcelain, and crockery, a blue colour,’ Overman noted. ‘It is employed as cobalt glass in oil painting, and, in fact, serves as a fine, permanent blue colour in all instances where such a colour is needed.’ 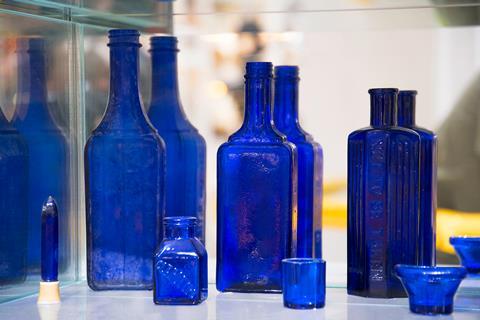 Overman spent part of his career working at an engineering establishment in Chemnitz, a city in the German state of Saxony that is surrounded by the Ore Mountains. Mining ores containing metals such as cobalt had taken place in the region for centuries.

The quality and value of the ores varied immensely, however. The cobalt ores ‘occur frequently so blended with ores of silver, that as one or the other metal must be sacrificed, it is often a matter of calculation to which works it will be most advantageous to deliver them.’ So said Welsh industrialist John Vivian at a meeting of the Royal Geological Society of Cornwall in February 1814.

Even so, during the 18th and 19th centuries the manufacture and marketing of smalt prospered in Saxony.

In 1753, William Cookworthy, an enterprising English pharmacist and porcelain manufacturer, acquired exclusive rights to the smalt produced at the Royal Saxon Cobalt Works in Schneeberg, a town in Saxony. Over the following 20 years or so, he shipped the material to Bristol. It gave an attractive blue glaze to the white porcelain his factories produced.

At the time, Bristol was renowned for glass making, notably bottle and window glass. Much of the glass was exported to the American colonies. One of the most famous glass making firms was run by father and son team Lazurus and Isaac Jacobs. Lazarus was born in Frankfurt, Germany, in 1709 and emigrated to Bristol around 1760. In 1774, Lazurus, an expert glass cutter, and the 17 year old Isaac established a firm to manufacture glass products. By the 1780s they were manufacturing high-quality glassware stained blue using Cookworthy’s imported smalt. 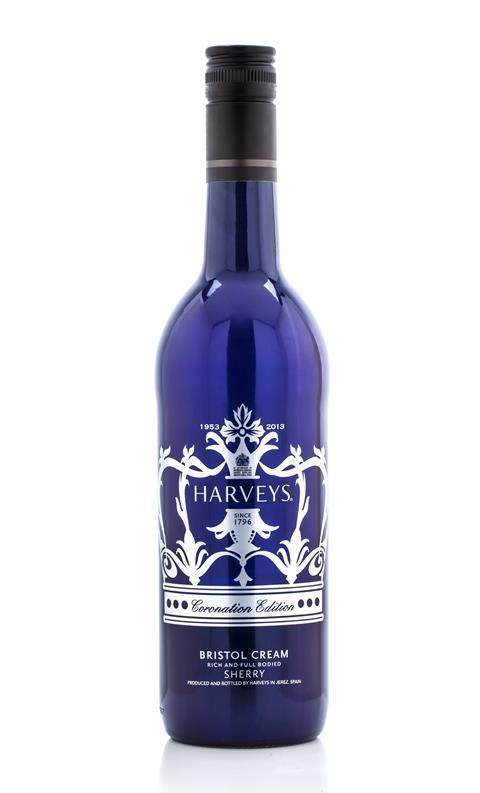 Bristol blue glass, as it became known, soon became popular and can still be seen today in stained glass windows and a variety of commercial products. Harveys Bristol Cream sherry, for example, has been sold in distinctive Bristol blue glass bottles since the 1990s. Chemistry students may recall using cobalt blue glass in flame tests to filter out the bright yellow light of the sodium flame.

The use of smalt on ceramics can be traced back much further – to about 1500 BC when it was used as a blue glaze for Egyptian pottery. It was also used as a pigment to make Chinese blue and white porcelain from the 13th century onwards.

Cobalt oxide was not used just to make blue pigments. ‘Oxide of cobalt forms a green color when heated with oxide of zinc; but as this compound is expensive, it is not in use,’ Overman pointed out in his book. That did not remain true for long, however. Zinc oxide began to be manufactured throughout Europe in the 1850s and by 1860 the cobalt green pigment had become widely available. In his book on the chemistry of painting and paints, published in 1901, British chemist and artist Arthur Church described cobalt green as ‘chemically and artistically perfect.’

Cobalt ores are usually found mixed with other metal ores, notably those of nickel and copper. Cobalt oxide and cobalt metal are therefore usually produced as by-products of nickel and copper mining operations. The cobalt oxide used to make smalt and cobalt green is prepared from ores that invariably contain other elements. Cobaltite, for example, is made up of cobalt, arsenic, and sulfur.

And it is arsenic-containing ores that brings us back to Overman. He emigrated from Germany to the United States in 1842 and died of arsenic poisoning in Philadelphia in January 1852 – the year that his book was published. He was just 49 years old.

That was Mike Freemantle with cobalt oxide. Next week, Brian Clegg twists his tongue around terepththalic acid.

That clumsy-looking name with the ‘phth’ in the middle is a combination of two components. There’s terebic, meaning derived from turpentine, and then there’s ‘phthalic’, a contraction of ‘naphthalic’, from the petroleum-derived hydrocarbon mix.

And until then you can find all of our podcasts at chemistryworld.com/podcasts – email chemistryworld@rsc.org or tweet @chemistryworld with any ideas for compounds we should include. I’m Ben Valsler, thanks for joining me.

Additional music: Judgment Day Outside My Door by Lost Ghosts, via Soundstripe